Capital One credit card holders have reasons to rejoice. On Monday, the issuer announced the addition of four new transfer partners — three airlines and one hotel chain — to its credit card rewards program, along with improved transfer ratios for several existing partners. The issuer also revealed plans to open its first two airport lounges and launch a new Capital One Travel website.

Capital One’s primary mileage-earning credit cards — the Capital One® Venture® Rewards Credit Card and the Capital One® Spark® Miles for Business credit card — earn 2 miles for every dollar spent on every purchase, which makes these new partners and transfer ratios potentially even more valuable, and brings the Capital One program a huge step closer to its competitors.

Several years ago, Capital One credit cards earned miles that could only be used to offset the cost of travel purchases at a rate of 1 cent per mile. However, in 2018, the issuer added the ability to transfer miles to over a dozen airline and hotel partners, which created an opportunity to get much more value out of Capital One rewards.

Now four new programs are being added to the list of transfer partners: British Airways, TAP Air Portugal, Turkish Airlines and Choice Hotels. Capital One miles will transfer to British Airways and Turkish Airlines at a 2-to-1.5 ratio, while TAP and Choice will transfer at a 1-to-1 ratio. This is a first for Capital One, which has only featured transfer ratios of 2-to-1 and 2-to-1.5 since the inception of its partner program.

Related: Earn up to 100,000 bonus miles with the Capital One Venture credit card.

In addition to the new partnerships, Capital One is also improving the transfer ratios for several of its existing airline and hotel partners. Starting Tuesday, April 20, Aeromexico, Avianca, Cathay Pacific, Etihad, Finnair, Qantas and Wyndham Hotels will all transfer at a 1-to-1 ratio, meaning for every 1,000 Capital One miles you transfer you’ll get 1,000 points or miles in the respective airline or hotel program.

All seven of these programs previously featured transfer ratios of 2-to-1.5, meaning for every 2,000 miles transferred, Capital One card holders only received 1,500 points or miles in the airline or hotel program. The new 1-to-1 ratio means you’re effectively getting 33% more miles than before when you transfer to these seven programs.

The remaining Capital One airline and hotel partners will continue to have a mix of 2-to-1.5 and 2-to-1 ratios. However, keep in mind that since all points and miles aren’t equal, a lower transfer ratio doesn’t always mean a lesser value.

Here’s the complete list of Capital One’s 19 airline and hotel transfer partners as of April 20, along with the respective transfer ratios:

Many of these partner programs are best utilized by points and miles experts, as they involve international airlines and alliance partners. But if you’re willing to learn more about the programs, you’ll find some unbeatable values.

Related: Earn travel rewards with no annual fee on the Capital One VentureOne credit card.

In addition to the improvements to its mileage program, Capital One also announced that it intends to open two of its own airport lounges: one in Dallas-Fort Worth (DFW) in late summer 2021, and a second at Washington, D.C.’s Dulles Airport (IAD) in 2022.

According to the issuer, these lounges are being designed to offer travelers access to modern spaces with high-speed Wi-Fi and provide a number of food options, such as a grab-and-go section and a restaurant dining experience featuring cold brews, craft cocktails, local beers and regional wines. There will even be cycling and yoga rooms, relaxation rooms, nursing rooms and shower suites.

A rendering provided by Capital One of the entrance to one of its new lounges.

The access policies for these new lounges haven’t been released yet by the issuer, but a spokesperson confirmed that Capital One card holders will be eligible for special entry rates depending on their card.

In addition, Capital One is partnering with travel booking site Hopper to develop a new Capital One Travel experience. According to the issuer, the new site will launch in the second half of 2021 exclusively for Capital One card holders, and will predict flight and hotel prices to help customers get the best deal when booking travel.

Avianca LifeMiles has always been one of the strongest transfer partners within the Capital One program, so with an improved 1-to-1 transfer ratio, you can get even more value from this partnership.

The airline is part of the Star Alliance, which means you can redeem Avianca miles for flights on United, Lufthansa, ANA and Eva Air, among others. With Avianca’s zone-based award chart, you can find a number of inexpensive redemption opportunities, such as a one-way ticket in business class to Australia or New Zealand for just 80,000 miles. Avianca LifeMiles also doesn’t add carrier surcharges when booking flights on partners. 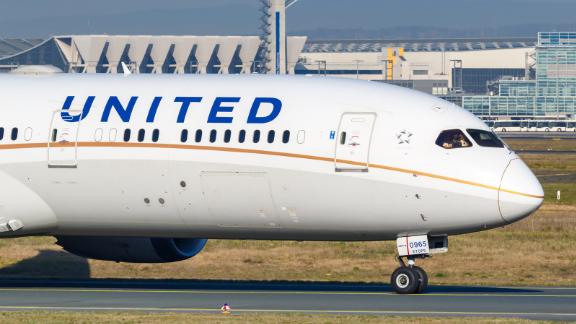 Transfer Capital One miles to the Avianca LifeMiles program and then use them to book flights on Avianca’s partner United Airlines.

You’ll also find value in the improved 1-to-1 transfer ratio with Cathay Pacific’s Asia Miles program. The airline is a member of the OneWorld alliance, which means you can redeem Asia Miles for flights on American Airlines as well as Japan Airlines and flights to and from Hong Kong on Cathay itself.

And while Wyndham Hotels no longer offers a flat 15,000-point redemption level at all its properties, it’s still possible to find great value through its Vacasa vacation rental partnership.

The site doesn’t put a value on TAP Air miles, but there are many times throughout the year that you can purchase TAP miles directly through the program at a relatively low price.

British Airways is also a transfer partner of American Express Membership Rewards and Chase Ultimate Rewards, so it’s already been feasible to earn these points elsewhere. However, neither competitor has a credit card that earns an unlimited 2 miles for every dollar spent on all purchases, which gives the Capital One Venture and Spark cards a leg up, even at a 2-to-1.5 ratio. 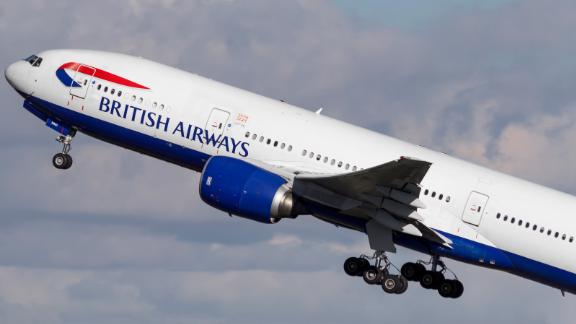 The Capital One Venture and Spark credit cards earn 2 miles per dollar, and can now transfer miles at a 2-to-1.5 ratio to British Airways.

In addition, the only other credit card program that can transfer points to Turkish Miles&Smiles is Citi ThankYou Rewards, and no other program includes TAP Miles&Go or Choice Privileges as transfer partners.

Unfortunately, British Airways is infamous for tacking enormous carrier surcharges onto its Avios redemptions, which can make what’s supposed to be a “free” ticket cost nearly as much as a cash airfare in some cases. However, there are a few sweet spots in this program, including the ability to redeem for American Airlines flights for as little as 7,500 Avios without any huge surcharges.

But if you generally fly domestically, Turkish Airlines might be your best option. The carrier partners with United Airlines, which means you can redeem Turkish miles for a one-way United economy flight within North America for just 7,500 miles. Best of all, Hawaii is treated the same as any other US destination, allowing you to fly to any of the islands from the mainland at an unbelievable price.

Plus, if you want to treat yourself well, those same domestic United flights can be booked for just 12,500 miles one-way in a business class seat with Turkish miles. But it’s important to note that redeeming Turkish Miles&Smiles rewards can be time-consuming and challenging, especially for beginners.

Similar to Turkish Airways, TAP Air Portugal is also part of the Star Alliance, which means you can use your TAP Air Miles&Go rewards on many airlines throughout the world, such as United, Air Canada and ANA. TAP also partners with airlines outside the Star Alliance, such as Azul and Emirates — which is actually where you might find the best redemption opportunities.

Finally, if you prefer to redeem your credit card rewards for hotel stays, Choice Hotels has over 7,000 properties worldwide. It’s incredibly easy to use Choice Privileges points, and though many of its hotels are categorized as budget properties with inexpensive cash rates, there are some hidden gems within the program, especially if you look at its Bluegreen Vacation and Ascend brands.

Find out which cards CNN Underscored chose as its best travel credit cards of 2021.

Get all the latest personal finance deals, news and advice at CNN Underscored Money.