Growing and maintaining a beard is a lot like getting a new pet. First comes an adjustment period while you grow comfortable with each other, followed by a slight shift or two in your routine and finally a blissful coexistence when it’s impossible to imagine life without your furry friend.

The key to beard longevity is proper grooming and care. Trimming and shaping beards is an age-old art form. “No tools are a good replacement for an expert barber,” says Matty Conrad, founder of Victory Barber & Brand. “Learning some necessary skills and grooming techniques is always going to be paramount when deciding to grow a beard.”

Once you’re familiar with the basics, having the best tools and beard kits on hand at home is essential to keeping beards looking sharp. Nourishing products are also important for maintaining a happy and healthy face all around. We consulted grooming and skin care experts to find out their favorite tools of the trade.

First things first: Prime the canvas for any beard with a top-notch cleanser. “In order to maintain healthy facial hair, you have to have a clean slate,” says Ryan Turner, a dermatologist in New York City. John Masters Organics Exfoliating Face Cleanser “includes plant and herbal extracts, essential oils and is great for getting rid of impurities,” he says. “Jojoba beads allow for gentle exfoliation without scratching the skin, and ginseng helps tone and brighten the skin.” 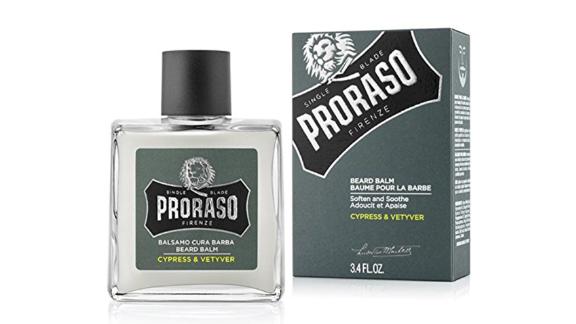 The initial phases of beard growth can cause itching and irritation for some. A balm to soothe the skin while it becomes acquainted with its new canopy can work wonders. Proraso, an Italian brand founded in 1908, has been a go-to for generations of bearded gents.

Once stubble makes its way into a more bushy shape and texture, cutting it down to size is best achieved with adjustable clippers. “Clippers are perfect for cutting down the bulk of the beard because of their wide set teeth,” Conrad says. “The guards make sure that you can control the length precisely when using them right against the skin.” 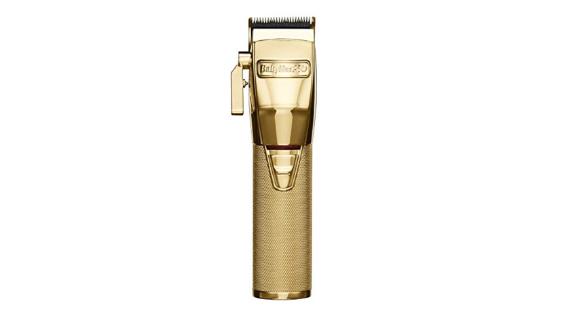 Conrad’s favorite high-end option is by BaBylissPro, a favorite of many professional barbers. “The lithium ion battery provides plenty of power for cutting through a thick beard like a hot knife through butter,” he says. 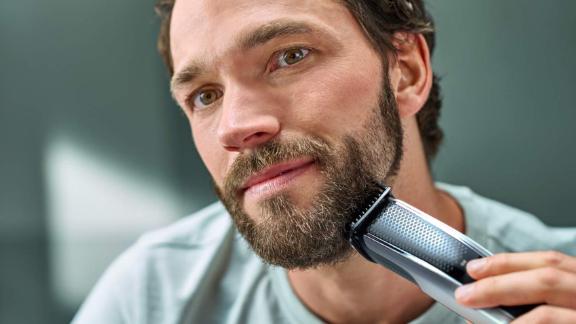 At a more modest price point, Conrad suggests Philips Norelco’s cordless and adjustable Series 5000. “This is a generally decent entry-level clipper that has guards and a dial that allow you to set a multitude of lengths, giving you a lot of control,” Conrad says. “It won’t make as smooth a result as a professional clipper, but it’ll do in a pinch.”

Electric trimmers are best for the more detailed work of attending to beard borders and outer contours. “These are designed for cutting edges and outlines,” Conrad notes. Don’t mistake them for clippers, though, as they aren’t meant to cut the bulk of a beard. “The teeth are quite narrow,” Conrad says, which means they’re meant for more precise detailing. 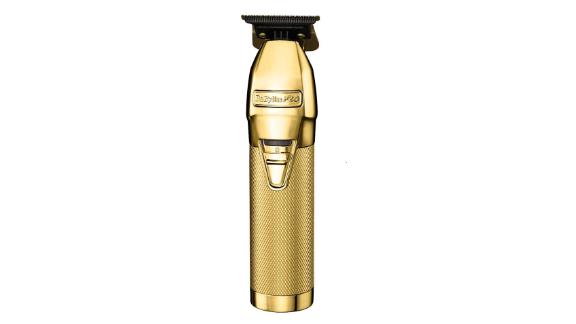 BaBylissPro is again Conrad’s favorite for a deluxe option. “This is what most barbers agree is the best trimmer on the market,” he says. “It cuts incredibly close and creates super-sharp lines. It’s the last trimmer you’ll ever need to purchase.” 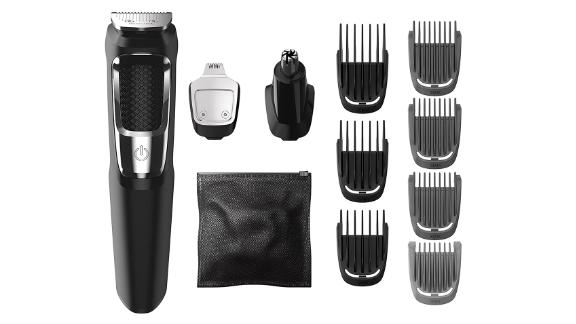 For a more affordable tool, Conrad likes Phillips Norelco’s Multigroom trimmer. “You can’t beat the price point on this one, and it is surprisingly effective,” he says, noting some sacrifice in longevity with the compromise in price.

Keeping the neck and cheeks clean-shaven lends a lean, sophisticated look to an otherwise tufted face. A foil shaver or a simple razor are best “for getting hair right down to the skin and making sure there is no unsightly stubble, especially for guys with coarse hair,” Conrad says. 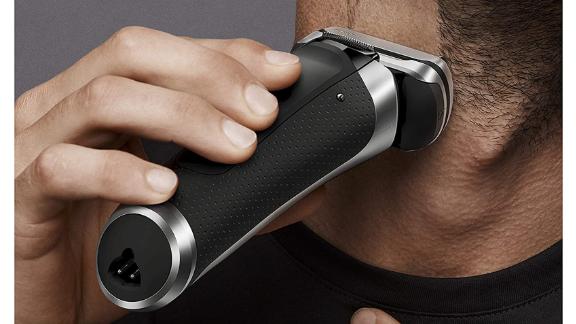 An electric shaver can make quick and easy work of clearing up stubble, without the need for shave cream or brushes. For an investment piece that has countertop appeal, Conrad suggests the Braun Series 9. “This is definitely one of the most comfortable shavers on the planet,” he says. “The dock is perfect for keeping it clean and charged.” 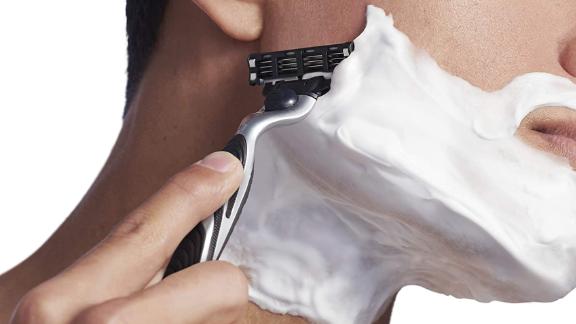 A tried-and-true classic, standard razors are always an option too. “Gillette Mach 3 is still my favorite for the day to day,” Conrad says. 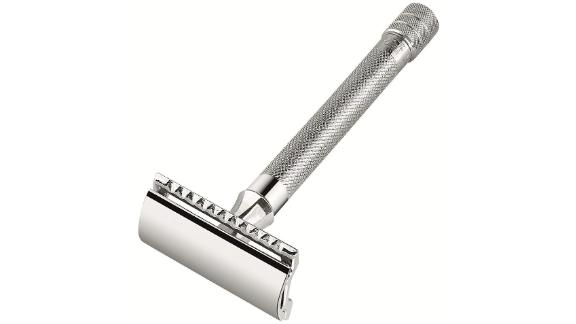 Some classic tools never go out of style. “If you are feeling nostalgic, you really can’t beat a classic safety razor,” Conrad says. Merkur makes a top-rated pick.

Caring for a healthy beard entails tending to the hair itself and the skin underneath. “Hair that grows from your face is more coarse and has different needs” than the hair on your head, Conrad says. “There is usually a lot less natural oil production on the face than on the scalp, which can leave beards and skin feeling dry and itchy.” A good cleanser needs to gently detoxify while generously moisturizing both beard and skin, Conrad says. 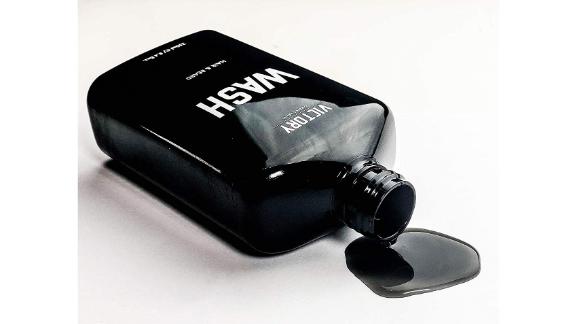 Victory Barber & Brand’s Hair and Beard Wash can actually be used on both the face and head, as it’s formulated with activated charcoal to detoxify skin and baobab oil to condition hair. 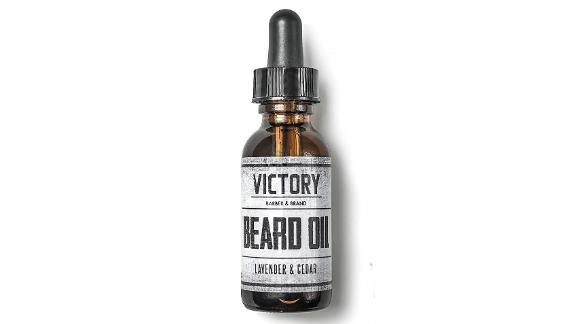 Beard oil keeps both hair and skin moisturized and smelling fresh. A good beard oil “should penetrate into the skin and hair without leaving a shiny finish or a greasy residue,” Conrad says. 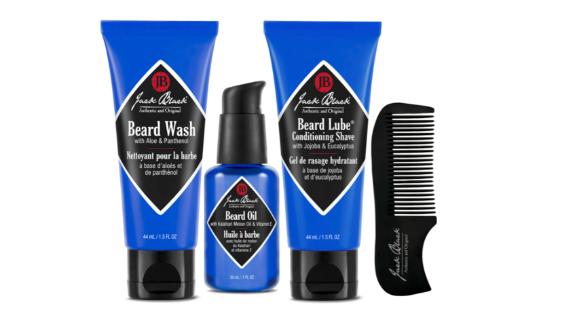 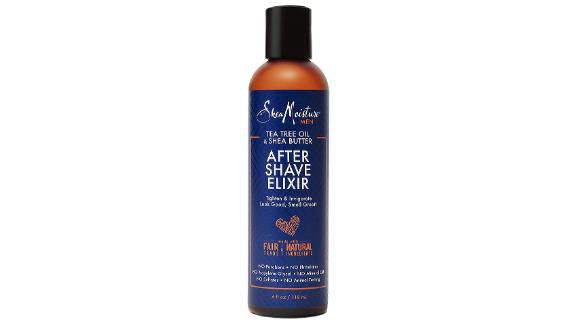 For areas that are frequently shaved down to the skin, a soothing aftershave that prevents breakouts and irritation is a must. Turner recommends SheaMoisture’s Aftershave Elixir. “It’s excellent for those prone to acne or folliculitis that is triggered by shaving,” he says. “The combination of witch hazel and tea tree oil also makes a powerful cleansing and antimicrobial duo.” 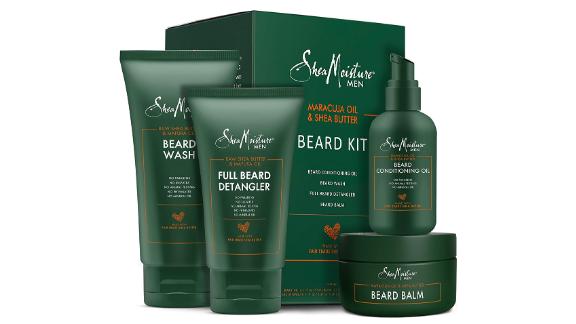 Shea butter and essential oils are the powerhouse ingredients included in SheaMoisture’s Complete Beard Kit, which comes with cleanser, conditioning oil, detangler and a soothing balm. 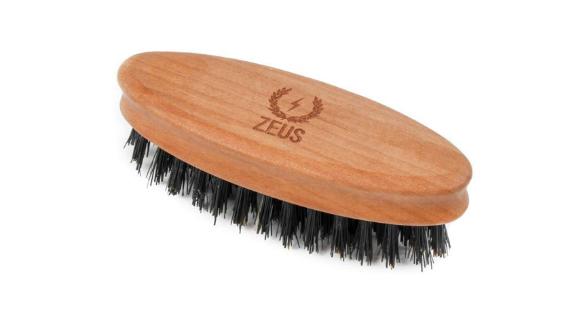 A beard brush to tame the mane is also in order. “I always advocate for a brush rather than a comb, because it puts less tension on the hair,” Conrad says. “It can help smooth out the shape without making the beard puff out.” He notes that natural bristles are better than synthetics, as they help spread natural oils and beard oil through the beard. Zeus makes a top-rated and affordable option. 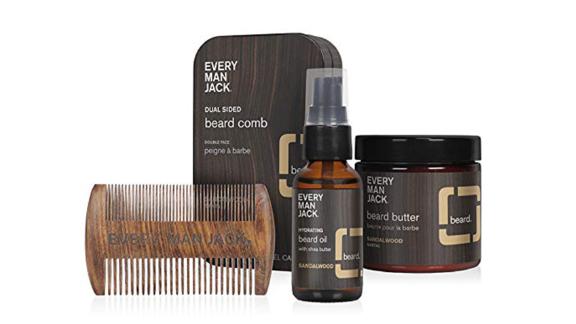 With a beard comb, nourishing oil and beard butter, this set — according to one Underscored editor — is particularly nice because it doesn’t “leave you smelling like a coniferous mess, since every other company thinks all men want to smell like a forest.” 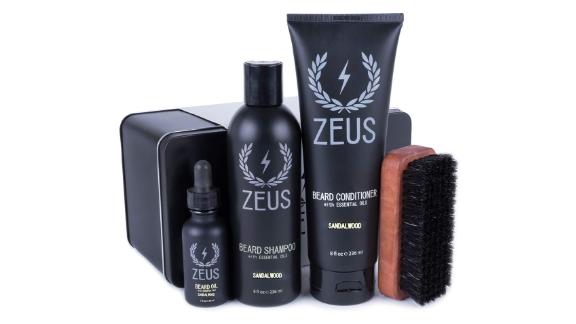 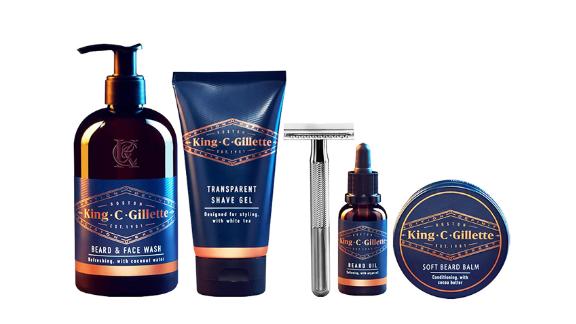