How Minnesota prosecutors won a difficult victory in Chauvin trial

Winning criminal convictions against police officers is notoriously difficult, but with the world watching, a team of lawyers in Minnesota pulled it off.

Experts credit the conviction of former Minneapolis police officer Derek Chauvin to strong evidence, an appropriate mix of charges and bountiful legal resources. Prosecutors also managed, in an emotionally charged case, to walk a tightrope in the courtroom between off-putting dispassion and overheated advocacy.

“As a prosecutor, you can look too passionate, and too committed, and too wanting-to-win, and that’s not what it’s about,” said Brian Hayes, a partner at Holland & Knight who previously led the criminal division in the Chicago US attorney’s office. “You want to . . . be able to explain why your evidence should carry the day, but at the end of the day, it’s all about the evidence.”

When he took over the lead role in the prosecution 10 months ago, Keith Ellison, Minnesota attorney-general, cautioned that a conviction would not be easy.

Ellison focused his law practice on civil rights and defence work before running for a seat in the Minnesota state legislature, then US Congress, where he spent more than a decade building the progressive wing of the Democratic party.

He left his seat in Congress after losing a bruising battle for chair of the Democratic National Committee in 2016. He was elected Minnesota attorney-general in 2018, becoming the first black and first Muslim to hold statewide office there.

Ellison was tapped to take over the Chauvin case after concerns were raised about the county prosecutor, who would normally have steered the team. He had no prior experience prosecuting criminal cases before his current role.

After the verdict on Tuesday, Ellison praised the team he had assembled to try the case: “Most of these folks will tell you it’s bad to put together a team of all Michael Jordans — nobody would want to pass the ball,” he said.

“This team — that was their true strength, sharing the load, passing the ball, understanding that all of us together are smarter than any one of us alone, and that worked.”

An “army” of lawyers aided the prosecution, said Anna Yum, a criminal defence attorney in San Diego, California. The prosecution team divided up the labour effectively — preparing 38 witnesses for trial in 11 months — and used different attorneys at different points in the trial, an option unavailable to Eric Nelson, who was Chauvin’s sole defence attorney in the courtroom.

The rotation added energy to the courtroom and made a more “dynamic” impression on the jury. “When you have a fresh set of eyes and new energy, it just makes it that much more dynamic for the jury,” Yum said.

Among the key players for the prosecution were two outside attorneys, Jerry Blackwell and Steve Schleicher, who respectively made the state’s opening statement and closing argument.


Jerry Blackwell questioning a witness during the Chauvin trial © AP Steve Schleicher, during testimony in the case © AP

Schleicher is a former federal prosecutor in Minneapolis now working at the firm Maslon. Blackwell, a founder of the Minnesota Association of Black Lawyers, counts manufacturing company 3M as a client and won a posthumous pardon for a black man in a century-old Minnesota rape case.

Blackwell also delivered the prosecution’s final words to the jury, in a brief rebuttal after the closing argument from Chauvin’s attorney, who had argued that Floyd’s death was caused by a heart condition, among other factors.

Another factor in the prosecution’s success was the type of charges brought against Chauvin, according to Patricia Brown Holmes, managing partner at Riley Safer Holmes & Cancila, who served as a special prosecutor in a high-profile trial of Chicago police officers in 2018.

Rather than seek the most severe charge available under Minnesota state law — first-degree murder — prosecutors instead focused on a charge of second-degree unintentional murder. That meant they did not need to prove Chauvin intended to kill Floyd when he kept his knee on his neck for more than nine minutes, only that he intended to commit an assault.

“They didn’t overdo it, and they didn’t stretch,” she said.

The prosecution also benefited from strong evidence — in particular, graphic video footage of Floyd’s death shot by a bystander, which prosecutors played throughout the trial.

Holmes pointed out that the initial press release from the Minneapolis Police Department described Floyd’s murder by saying, “Man dies after medical incident during police interaction”. The department said Floyd “resisted” but that “no weapons were used”. 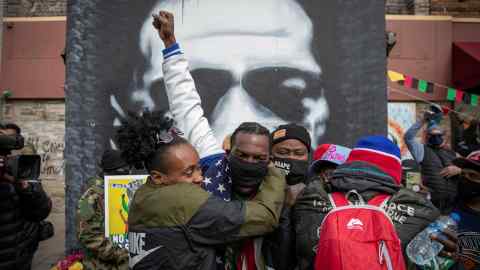 Prosecutors repeatedly told jurors, “Believe your eyes.” The shock of viewing the video likely was heightened by the fact that some jurors said they knew little about the case before being selected for service.

“They relied on that video a lot,” Holmes said.

Besides telling jurors to believe their eyes, prosecutors leaned on other well-turned lines. Blackwell said in his opening statement that even when Floyd was no longer resisting, Chauvin “didn’t let up, and he didn’t get up”.

The catchy construction reminded Yum of attorney Johnnie Cochran’s famous quote during the OJ Simpson trial, telling the jury that if the glove “doesn’t fit, you must acquit”.

They also returned, time and again, to the length of time that Chauvin knelt on Floyd’s neck.

“I can’t tell you how many times I heard them say ‘nine minutes and 29 seconds’,” Yum said. “It gets to the point that the jury can’t forget about that.”

The best wireless chargers for iPhone and Android in 2022