Joe Biden’s proposal to almost double capital gains tax rates for the richest Americans has triggered a chorus of disapproval from top investors, underscoring the intense opposition the US president is likely to face as he attempts to push his plan through Congress.

“It is insanity,” said Scott Minerd, who oversees $310bn in assets for Guggenheim Partners, a leading investment firm.

“That’s not because I’m a Wall Street capitalist,” he said. “The proposed rates of the current president’s administration . . . would probably reduce tax revenues over time and would discourage people from allocating money towards long-term investments.”

“This isn’t about feeling sorry for millionaires,” said Anthony Scaramucci, founder of the hedge fund of funds SkyBridge Capital, who briefly served in Donald Trump’s White House. “Doubling the top capital gains rate would have deleterious effects on job creation and wage growth for middle-class workers.”

Biden is proposing the tax increases to pay for extra spending on childcare and education. The plan includes raising the top income tax rate and applying ordinary income tax rates to capital gains for Americans earning more than $1m a year.

Coupled with a surtax on investment income introduced at the time of Barack Obama’s health reform, this would bring the total capital gains tax rate for the richest Americans to 43.4 per cent.

There is no guarantee that doubling the capital gains tax will result in a doubling of revenue. People will find a way to avoid triggering capital gains

Potentially among the financial losers are private equity executives and technology investors whose earnings include a share of the profits on funds they manage for outside investors. These “carried interest” payments are typically taxed at the lower capital gains rate, rather than as income — and if Biden’s plans succeed, that difference could disappear.

Howls of protest echoed from Wall Street to Silicon Valley, as financial lobbyists geared up to influence legislation.

The proposals “might kill the golden goose that is America”, tweeted Tim Draper, one of Silicon Valley’s best-known venture capitalists.

Another prominent tech investor agreed that “it shifts the model more towards consumption than investment. In my opinion [that] is bad for the economy [in the] long run, as rich people become more focused on consuming now [rather] than investing or saving for the future.”

Those concerns were echoed by Michael Sonnenfeldt, the chair of Tiger 21, a “peer membership network for high net worth individuals” that has more than 850 members and is focused on wealth preservation.

Biden and many Democrats believe that successive rounds of tax cuts have left the US tax code excessively tilted towards the wealthy, and that revenue shortfalls have led to an underfunding of critical public services.

They also believe America’s economic structure should shift to benefit workers rather than the owners of capital — which they regard as a major contributor to income inequality and the hollowing out of the middle class. 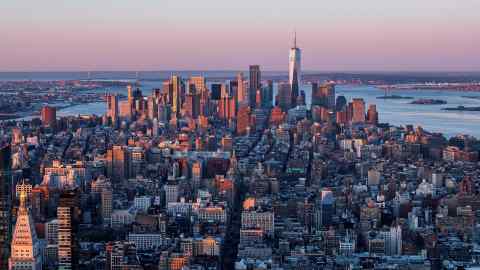 Even before Biden became president, Washington sporadically entertained higher taxation of capital gains, including for private equity and hedge fund managers. The measure was largely pushed by Democrats but only occasionally by Republicans.

Still, some financiers privately questioned whether any proposal to eliminate the favourable treatment of capital gains would gain traction. While many Democrats appear on board with incremental increases in personal and corporate income tax, some may yet balk at a root-and-branch review of the structure of the taxation system.

Markets fell on news of the proposals, as investors braced for wealthy shareholders to dump their stock while they could still lock in the lower levies on capital gains.

But he suggested that it may lack support from pivotal Democrats whose support could be crucial in getting a plan through the Senate. “I’m going to be looking to, what does [West Virginia senator] Joe Manchin think of that, what does Kyrsten Sinema [of Arizona] think of that,” Dillon said.