How Sanjeev Gupta sold his green revolution to Britain’s politicians

On a bright afternoon in June 2015, Sanjeev Gupta stood beaming at the crowd gathered at the Celtic Manor Resort hotel near Newport. One of the industrialist’s family companies was the new sponsor for Polo at the Manor, an event regarded as a highlight of the Welsh social season.

Gupta was on a roll. The day before, he and his father, PK Gupta, had celebrated the inauguration of the latest addition to the family empire, a coal-fired power station at nearby Uskmouth.

Standing in a group alongside Alun Cairns, the Conservative MP for Vale of Glamorgan, Gupta was setting the stage for a beguiling vision in which the site would become a renewable energy hub and power the adjoining steel mill he had acquired two years before.

The promise to rescue struggling metals operations and transform them into green businesses fit for the 21st century has been Gupta’s calling card for almost a decade. It is one that proved irresistible to politicians from across party lines.

Their support and connections — as well as government guarantees and grants — helped oil the wheels for a string of acquisitions, earning the 49-year-old the sobriquet “saviour of steel” and businesses that would eventually span four continents and generate $20bn in revenues.

“In the early days he was seen as a positive force of nature,” said one person who knows Gupta. “His ambitions were very much aligned with what governments were trying to do — to support ailing industries and try and revolutionise them with green energy.”

Those ambitions have now been replaced by efforts to rescue his empire, which was plunged into crisis last month after the collapse of its main lender, Greensill Capital.

Greensill’s implosion has also brought increased scrutiny over how Gupta built a sprawling collection of businesses that includes Liberty Steel, Britain’s third-largest producer. It employs 3,000 people and another 2,000 work across Gupta’s energy and engineering businesses in the UK.

Revelations of suspicious invoices and suggestions of circular trading are now posing uncomfortable questions for the politicians and government officials who were eager to back him.

While the UK government has left open the possibility of giving his steel plants a lifeline, it rejected his request for a £170m bailout, pointing to the opaque structure of his GFG Alliance.

Wales was a big focus in the early days of Gupta’s expansion, starting with the purchase of a struggling Newport steel mill in 2013. For more than a year, his company kept around 130 employees on half pay and allowed them to find work elsewhere before it restarted the unit. His vision of revitalising industries, often in communities in steep economic decline, drew support.

That backing was still in evidence the day after Greensill filed for insolvency on March 8. The previous week Gupta had written to Ken Skates, the Welsh economy minister, outlining GFG’s predicament given the deepening problems at Greensill.

On March 9, Mark Drakeford, the first minister of Wales, told the country’s parliament that Gupta had not requested additional funding from the government but had set out the strong current trading position of Liberty Steel group and “reinforced the commitment that GFG has to Wales”.

“What the letter demonstrates, I think, is the close relationship that has existed between the company and the Welsh government, and the confidence that the company wishes to continue to create in its future,” Drakeford said.

Alongside efforts to reach out to local communities, GFG wooed stakeholders in Wales. Invitations to events at Cardiff’s Principality Stadium were frequent, including one to a Beyoncé concert in June 2018.

Gupta’s offices are adorned with pictures of himself with politicians and royalty, including former UK prime minister Theresa May and Prince Charles, according to people familiar with the matter.

“You can go into any of Sanjeev’s offices and there will be a picture of him with a politician,” said one.

The move earned him a rebuke by the Advisory Committee on Business Appointments (Acoba), which advises on business roles for former members of government. The committee said his GFG adviser position was contrary to its previous advice. It had previously told Jones he could take up a role with Simec, a GFG company, as long as it was limited to advising on energy. Jones has previously rejected the allegation.

Jones’ former colleague, Edwina Hart, who met Gupta in her capacity as Minister for Economy, Science and Transport in the Welsh Government, took up a role on the Greensteel Council which had been set up by GFG. Acoba cleared the appointment in October 2016 subject to certain conditions. The council has since been dissolved. 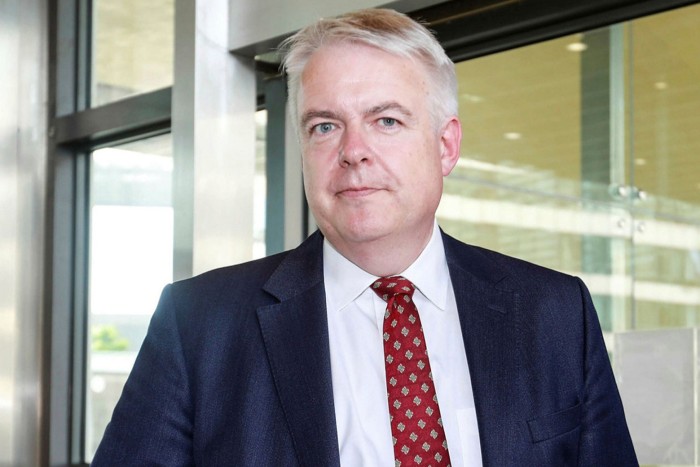 Transparency registers show that Gupta’s various businesses in Wales received more than £200,000 worth of government support during the pandemic. The group was also the beneficiary of a £40,000 infrastructure grant for its steel mill in Newport that had originally been handed to its previous owner, Mir Steel, shortly before GFG bought it.

Another big supporter of Gupta’s Uskmouth plan was Nigel Adams, MP for Selby and Ainsty, who chaired the all-party parliamentary group on biomass.

The MP has received more than £20,000 from Simec Uskmouth including £16,000 for an auction prize and close to £3,000 for a trip to UAE on energy and biomass, transparency registers show. Gupta donated £11,350 in September 2016, records show. A spokesman for Adams said “all reportable donations” had been “correctly and transparently declared”. It is understood that none of the donations went to Adams personally.

Adams’ political assistant, Malin Bogue, went to work for GFG in 2018 in a public relations capacity although she has since left.

Other Westminster figures who worked for GFG include Katie Perrior, a former Downing Street communications adviser under May, who briefly advised the group in 2017.

Perrior, who now runs iNHouse Communications said: “I briefly advised GFG Alliance in 2017 and they then became a client of iNHouse shortly afterwards . . . After a year we resigned the account at our request as we decided the client was a poor fit for our business.”

Another recent political hire was Mark Lancaster, armed forces minister from 2017 to 2019, who took up a role on GFG’s advisory board in August 2020. Lancaster had no prior dealings with GFG before joining the board according to clearance he received from Acoba. He could not be reached for comment.

GFG’s purchases preserved jobs and rescued important industrial assets but their funding has proved controversial, in particular that of Britain’s last aluminium smelter in Lochaber, together with two nearby hydropower plants acquired from Rio Tinto in 2016. The deal was underpinned by a government guarantee worth £575m.

The government’s register of ministerial engagements shows the SNP’s rural economy minister Fergus Ewing dined with Jay Hambro, GFG’s chief investment officer, four times in six months from September 2017 to May 2018. Ewing faces questions from Labour politicians in Scotland over whether he broke ministerial conduct rules over a dinner in June 2017 with Gupta, Hambro and Lex Greensill.

Ewing was unavailable for comment. The SNP said Ewing’s meetings with Greensill and GFG were “properly recorded” in accordance with ministerial engagement rules.

At the time of the Lochaber deal, Sturgeon hailed it as a new chapter in Scottish manufacturing. Whatever happens to Gupta’s empire, the crisis may finally force politicians to deliver on a sustainable strategy for Britain’s steel industry.