Texas and Florida gain new seats in Congress after census

Six states, including Texas and Florida, will gain seats in the House of Representatives when congressional districts are redrawn later this year, according to new census data that underscore the growing political influence of America’s Sunbelt.

The Census Bureau on Monday released population data based on the 2020 census, a sweeping nationwide survey that is conducted once every 10 years. The figures showed the US population rose to 331,449,281 in 2020, a 7.4 per cent increase compared to 2010, when the previous census was conducted.

The numbers hold major political significance, as they will be used to reallocate the 435 congressional districts ahead of next year’s midterm election, when every seat in the House of Representatives will be up for grabs. Democrats control the House by a narrow margin of just six seats.

The Census Bureau on Monday said that because of the latest population shifts, six states — Texas, Colorado, Florida, Montana, North Carolina and Oregon — will gain seats in the House. Seven — California, Illinois, Michigan, New York, Ohio, Pennsylvania and West Virginia — will lose them.

Texas is the only state that will gain two seats; the other five will each gain one. All seven states that are losing representation will have one fewer member of Congress when the lines are redrawn.

House seats are reshuffled once every 10 years to account for shifts in the population so that House districts are roughly the same size in terms of number of constituents. States gain or lose seats depending on the relative growth of their populations over the preceding decade, based on census data. 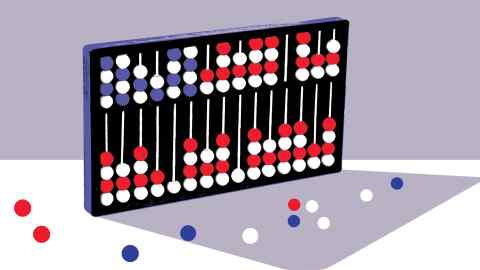 The latest figures underscore the growing political clout of states in America’s South and West, and the waning influence of the north-east and Midwest. In the short term, the changes may provide a boost to Republicans, who have performed better in recent elections in the states that stand to gain seats.

The data also set off the highly fraught redistricting process, in which the boundaries for each congressional district are redrawn, either by state legislatures or by independent commissions. Redistricting can be a highly partisan process, in which parties in power redraw electoral maps for their own advantage.