The bewildering speed with which coronavirus has overwhelmed India’s health systems has sparked global alarm over the viral variant that emerged in the subcontinent.

The B. 1.617 variant has been blamed by some for the surge in infections in India, which recorded more than 350,000 confirmed cases on Monday alone, a world record for one county in a single day. Health experts believed the true figure was likely to be much higher.

But scientists have urged against leaping to conclusions about the extent to which the variant alone is responsible for the dizzying rise in cases in the past few weeks, which caused 2,800 confirmed deaths in India on Monday alone. They said there was little hard evidence about the virulence and transmissibility of the Indian variant and point to other possible factors.

“Despite the alarming spike in new cases with India’s second wave, there’s simply not enough evidence to place the blame on variants,” said Nancy Jaser, an infectious disease analyst at GlobalData, an analytics company that tracks mutations.

When did the ‘Indian variant’ evolve and how widespread is it?

The B. 1.617 variant was first recorded in a global database of viral genomes in early October, just two weeks after the B.1.1.7 variant was originally detected in the UK. B. 1.617 has circulated in India since and spread internationally. About 20 countries have reported cases, mainly in travellers from India.

The problem is that, in relation to its population size, India has carried out very little of the whole genome sequencing that is the only reliable way to track the evolution of variants. The extent of the B. 1.617 variant’s involvement in India’s outbreak is therefore unknown, though it accounts for about two-thirds of genomes reported from the country to the GISAID global database.

Jeffrey Barrett, director of the Covid-19 Genomics Initiative at the Wellcome Sanger Institute in Cambridge, pointed out that a number of variants were present in India, including the one that originated in Britain.

B.1.1.7, which scientists concluded is more transmissible, was the dominant variant in the Covid-19 wave in the UK in late 2020, and later spread to mainland Europe.

“There’s some evidence of multiple overlapping epidemics happening in India, rather than one monolithic outbreak,” Barrett said. “Which makes sense since it’s a huge, heterogeneous country.” 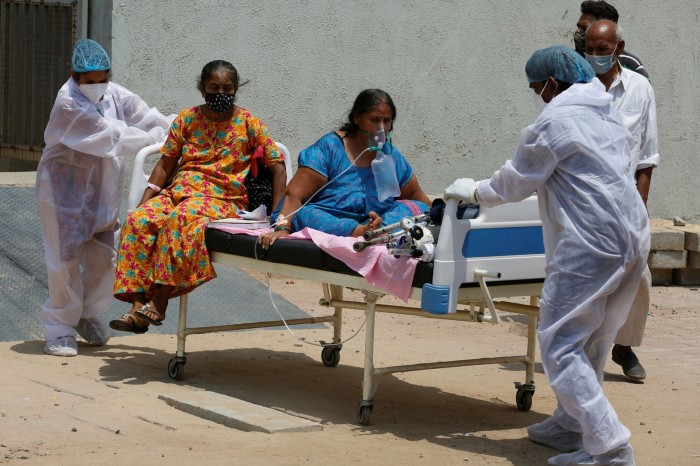 Is B. 1.617 particularly virulent or transmissible?

The original B. 1.617 variant has 13 genetic mutations that result in changes to the virus. These include two in the spike protein that has been linked in other variants (such as those identified in South Africa and Brazil) to increased transmissibility and the ability to escape immunity conferred by vaccination or prior infection. But there is not enough evidence either from epidemiological studies or laboratory experiments to confirm this is also the case for B. 1.617.

“You have to look at these things without panicking,” Barrett said. “The fact that [the variant that originated in India] has not yet spread [widely] in the UK, even though it has been on British shores since February, suggests it’s not likely to be as transmissible as B.1.1.7.”

Adding to the uncertainty, B. 1.617 is itself “evolving and diverging over time”, according to Sharon Peacock, director of the Covid-19 UK Genomics Consortium. Scientists have already detected three descendant lineages — called B. 1.617.1, B. 1.617.2 and B. 1.617.3 — with slightly different mutations. The practical implications of these strains are unknown.

References in the media and online to “double mutations” in the B. 1.617 variant were “inaccurate, have no specific meaning and should be avoided”, Peacock added. 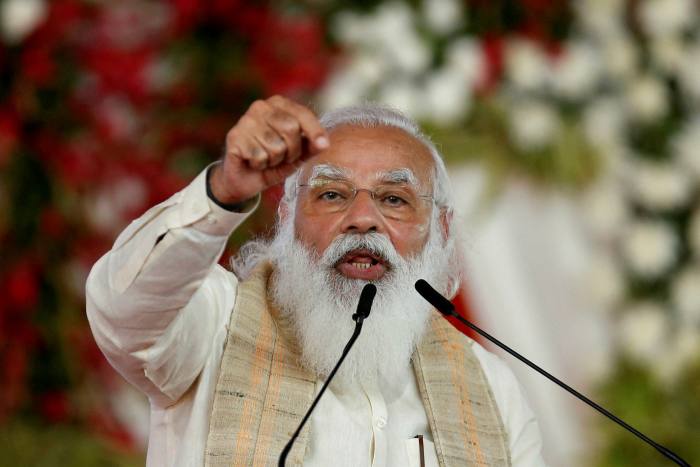 Will vaccines be less effective against B. 1.617 than against other variants?

Again, it is unclear. The vaccines developed to combat the original coronavirus that emerged in Wuhan in 2019 seem to work as well against the B.1.1.7 variant that emerged in the UK, although they appear to be less effective against the variants that originated in South Africa and Brazil.

“Whether they will maintain efficacy against the new variants springing up in India is not yet clear but it is . . . likely that they will have at least some efficacy,” said Peter English, a retired consultant in communicable disease control based in the UK.

As only about 10 per cent of India’s population has been vaccinated, “the variants are not yet under strong pressure from vaccine immunity so there is no great pressure for vaccine escape mutants to arise”, he added. 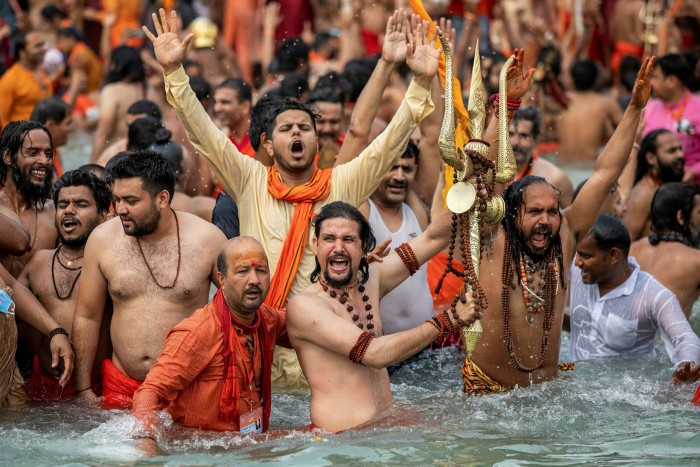 Sadhus, Hindu holy men, take a dip in the Ganges river during the Kumbh Mela, one of the world’s biggest religious festivals when millions gathered even as Covid cases were rising © Danish Siddiqui/Reuters

If the new variant is not the main cause of India’s Covid-19 crisis, what else might be responsible?

India’s evolving coronavirus crisis has also been driven by other factors, including its low vaccination rate and limited hospital capacity, as well as decisions made by leaders such as Prime Minister Narendra Modi, and the tolerance of large political and religious gatherings.

“There has been a lot of focus on the B. 1.617 variant,” said Michael Head, senior research fellow in global health at Southampton University in the UK. “But it’s the mixing of susceptible populations that ultimately drives the transmission of respiratory infectious diseases.”

He pointed to mass gatherings in India in March and April associated with political campaigns, international cricket matches between India and England “with full stadiums and few wearing masks”, and several large religious festivals, such as the Kumbh Mela, an event attended by millions.

The Hajj pilgrimage in Saudi Arabia and traditional New Year celebrations in China were reduced in size to a much greater extent than the Kumbh Mela, Head pointed out.

“India may have scaled back on their celebrations a little but millions have been gathering for Kumbh Mela across different sites, and thousands of new coronavirus cases are already confirmed in revellers,” he said.

Video: Coronavirus: the race between vaccines and new variants