Along a potholed road on the outskirts of the central Serbian city of Smederevo stands a gargantuan steel mill that is emblematic of the country’s economy.

Just visible on the Zelezara Smederevo plant under a thick patina of rust-coloured dust are the words “Serbian Pride”, emblazoned on the building when it was owned by US Steel. In the wake of the 2008 global financial crisis, the company sold the lossmaking plant back to the Serbian government for $1.

Since 2016, when Hebei Iron & Steel Group bought the business for €46m in one of China’s biggest investments in Serbia, it has formed the foundation of what the Balkan country’s nationalist president Aleksandar Vucic calls the “steel friendship” between Belgrade and Beijing.

But locals and environmentalists say industrial investment across Serbia by Chinese companies has left them having to choose between the quality of the air they breathe and their jobs.

“For 120 days of the year, our air pollution in this city is far above western standards,” said Nikola Krstic, a Smederevo environmental activist, recalling a recent study by the Serbian Environmental Protection Agency. “Some days it just rains red dust.”

He cited another study that found “that air pollution is directly related to respiratory and malignant diseases” in Smederevo.

Nikola Krstic, an environmental activist in Smederevo, said: ‘For 120 days of the year, our air pollution in this city is far above western standards’ © Valerie Hopkins/FT

The mill is among a number of Chinese infrastructure investments across the Balkans that activists say harm the environment and wed the region to outdated, polluting technology when most of Europe is embracing greener solutions.

Under Vucic, Belgrade has fostered ties with Beijing, collaborating on infrastructure, tourism and technology. Between 2005 and 2019, China invested $10.3bn in Serbia — 20 per cent of total FDI in the entire western Balkans.

The relationship has deepened during the coronavirus pandemic, with Vucic kissing China’s flag when medical supplies arrived from the country last year and Serbia becoming the first European county to order the Chinese-made Sinopharm vaccine.

The ties prompted the US-based Center for Strategic and International Studies to say last year Serbia was becoming a Chinese “client state”. Meanwhile, in March a European Parliament resolution expressed concern about “the lack of transparency and environmental and social impact assessment of Chinese investments and loans”.

In Smederevo, residents complain of respiratory problems caused by red dust that is a byproduct of steel manufacturing. Nadica Markovic, who lives in Radinac, a village abutting the mill, said that if she spent too much time outside she lost her voice.

“Last summer, we had red rain on a regular basis. If we hung our clothes outside they were covered in red spots,” she added. Her husband Zoran pointed to particles accumulated in their garden and the walls of their home.

The steel plant wastewater is released, without treatment, into the nearby Ralja river. As much as 700 tonnes of dust are emitted by the steel plant annually, according to Environment Watch South East Europe, the watchdog. It produces up to 160,000 tonnes of steel a month, making it Serbia’s largest exporter. 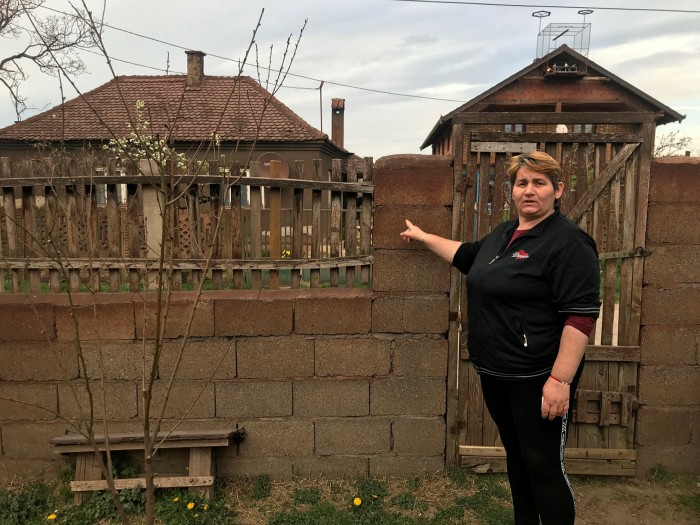 Environmental activists said the pollution was significantly lower under previous ownership and attribute the increase to a dramatic rise in production under HBIS and government inaction. HBIS did not respond to the FT’s request for comment.

Krstic said he did not blame the Chinese but Belgrade, which he said allowed the plant to breach national environmental standards. The government has declared some Chinese infrastructure projects as being fundamental to the national interest, a move that allows more lax application of environmental and other laws.

Before HBIS bought the factory, the Serbian parliament passed legislation exempting it from some laws on hazardous waste disposal.

Meanwhile, in the northern town of Zrenjanin, Dusan Kokot has been campaigning against a $1bn tyre factory being built by China’s Shandong Linglong Tire Co, which sponsors Serbia’s professional football league.

Belgrade has also classified this project as in the national interest, and Kokot said the government had not made public the plant’s environmental impact assessment study — usually a prerequisite before construction of industrial facilities.

“The city begins hardly a kilometre from the factory. What kind of quality of life will we have?” said Kokot. 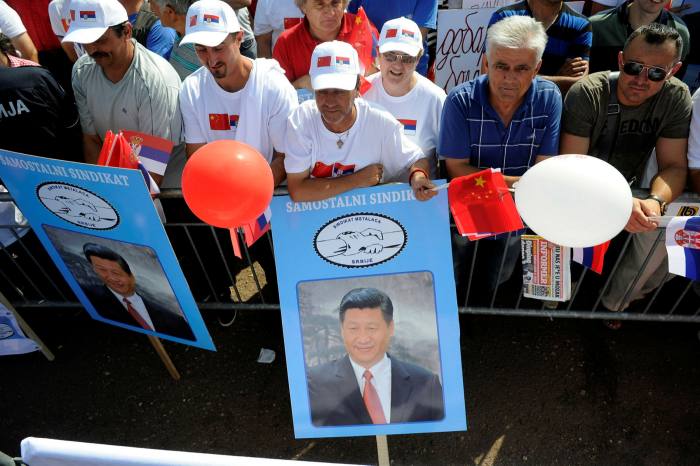 China’s investments in Serbia have helped Vucic consolidate power, said Stefan Vladisavljev, an analyst at the Belgrade Fund for Political Excellence think-tank. The president’s party enjoys a two-thirds majority in parliament and controls almost every town and village in Serbia.

Despite Vucic’s iron grip, an April 10 anti-government protest over environmental degradation drew thousands to the streets of Belgrade.

There are signs the dissent has rattled the government. A few days after the protest, Belgrade ordered the Chinese-run Zijin copper mine in the southern town of Bor to halt work for failing to comply with environmental standards. It also ordered a Chinese-owned recycling plant near Zrenjanin to stop production because of environmental damage.

“Vucic observed during the protest that the environment has the capacity to temporarily unify left and right,” said Vuk Vuksanovic, a researcher at the Belgrade Centre for Security Policy.

“This is the first time the government blinked on anything related to China and it poses one of the first hurdles in the Sino-Serbian partnership.”