The aid shipment from France to India left from Paris on Saturday. Barbara Wojazer/CNN

A plane carrying the first shipment of medical aid from France to India departed from Paris on Saturday.

“There is only one solution to fight the virus: solidarity and cooperation,” Jean-Baptiste Lemoyne, a junior minister in the French Foreign Ministry, told journalists while the aid was being loaded onto the aircraft.

“Hundreds of people contributed to the operation, this is the beautiful thing about it, it shows the solidarity from a lot of French people,” Lemoyne added. 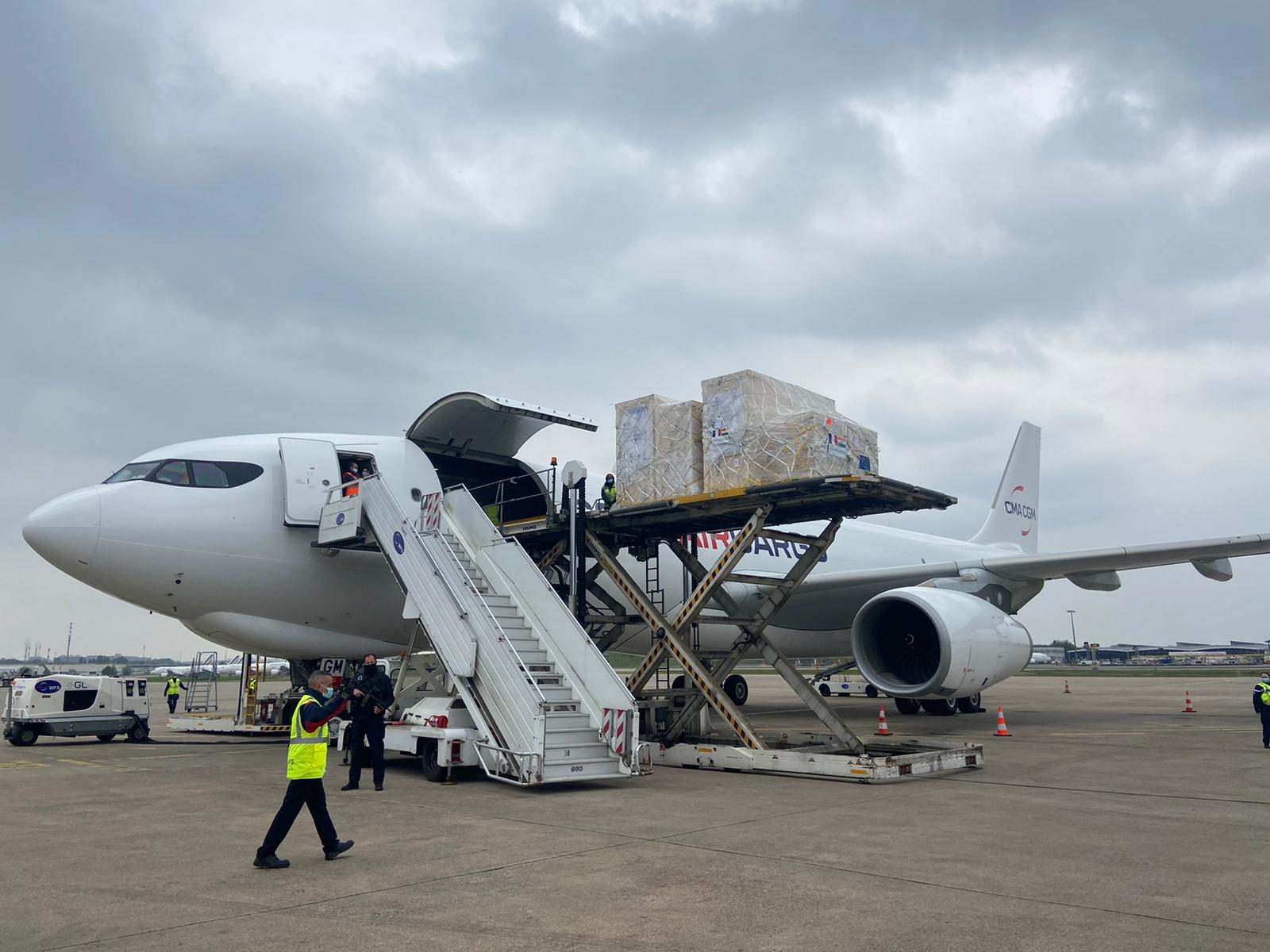 The oxygen generators — produced by French company Novair — will “enable hospitals to produce their own oxygen and, crucially, means they won’t have to buy their oxygen anymore,” Novair International Director Jean-Pierre Berlioz said.

“We have built these eight units in a record time, a real feat,” Berlioz said, adding that “this will save lives, so we are incredibly proud of it.”

He said the generators will be operational in India within a few days.

Additionally, liquid oxygen containers will be filled by a French company in Qatar and be sent to India by boat in the coming days, according to Lemoyne.