The destinations pulling out the stops to restart tourism

The Oxford Dictionary shortlisted “overtourism” as a word of the year for 2018, but 2021 might be a year of “desperate for tourism” — with even the likes of Venice, Barcelona and Reykjavik eager for the visitors to return. Places that used to simply sell beauty spots and sunsets are now marketing their low infection numbers and high vaccination rates, adding enticing offers from free vaccinations and financial incentives to long-stay visas for remote workers. The aim is to appeal to governments as well as holiday makers, in the hope that travellers will be allowed quarantine-free access under schemes like the UK’s “traffic-light” system. Here we look at some of the places working hardest to kickstart tourism for this summer.

Greece, where a fifth of jobs and GDP depend on tourism, is currently one of the most open countries in Europe — with EU residents, as well as those from the UK, US, Israel, Serbia and the UAE already allowed to visit provided they have proof of a negative Covid-19 test taken within 72 hours before arrival or that they have been fully vaccinated. Tourists from the rest of the world are due to be allowed to enter from May 15.

In March, tourism minister Harry Theoharis announced that, as soon as the most vulnerable group had been vaccinated, the country would be prioritising those working in tourism. Authorities have also been targeting their vaccination programme, dubbed Operation Freedom, at tourism-dependent islands, using army planes, helicopters and coastguard boats to manage the complex task of delivering jabs. Vaccinations on islands with fewer than 1,000 residents were due to be completed by the end of April, with the effort then accelerating to larger islands. The plans seem to have won the confidence of airlines: Ryanair is launching new services from UK airports to Kos, Santorini and Corfu; Delta is due to restart flights to Athens from New York on May 28 and launch a new direct route from its main hub, Atlanta, at the start of July. “We are more than optimistic, we are ready,” Theoharis told a recent travel conference.

Israel’s early vaccine rollout means it currently has a higher proportion of fully vaccinated people than any other country besides the Seychelles, at 56 per cent (the EU, by way of comparison, is on 8 per cent, the US on 29 per cent). Tourism minister Orit Farkash-Hacohen held a press conference earlier this week announcing plans to capitalise on its vaccine advantage. “We cannot miss this opportunity — and as minister of tourism I won’t,” said Farkash-Hacohen. The US, UK and UAE will be key targets, with digital billboard advertisements soon to go up in Times Square, Piccadilly Circus and Dubai (tagline: “2020 Holy Moses, 2021 Holy Land”) as part of a global campaign. The government will also offer incentives to airlines to fly into Eilat, and will promote a series of large international events, including the Pride Parade in Tel Aviv, a music festival in Timna Park and a joint Israel-UAE cycling race.

The timeline for reopening is relatively cautious, with the first small groups of vaccinated tourists arriving on May 23, and vaccinated independent travellers only allowed to follow in July. American Airlines is due to start flights from New York in May and Miami in June, and in early April Etihad inaugurated the first ever service from Abu Dhabi to Tel Aviv. More generally, Israel’s travel hotspots have never seemed more ready — from the increasingly cool ancient city of Jaffa to the vast and wild Negev desert, where the smart Six Senses Shaharut is finally due to open in August. 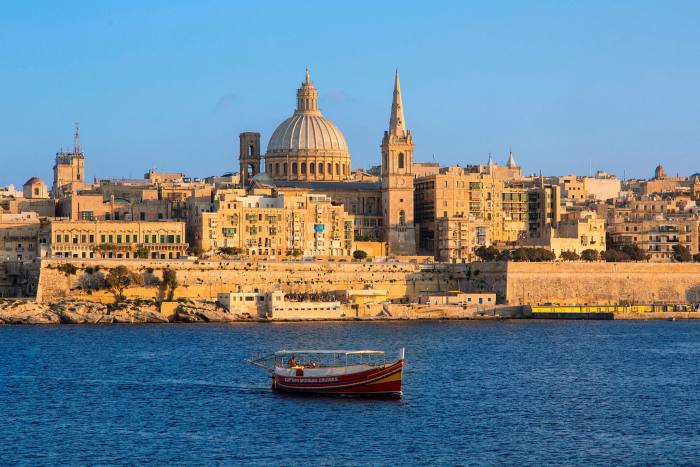 A 2018 stint as European Capital of Culture and a series of flashy architecture projects, including the upcoming MICAS art museum, have brought some much-needed buzz to the evocative capital, Valletta, and raised Malta’s tourism profile. The Mediterranean island has also been handy with its vaccination programme, with a higher proportion of fully vaccinated citizens than any other European country, bar the microstates of Monaco and San Marino. Earlier this month health minister Chris Fearne said the accelerating programme meant the country would reach herd immunity by June rather than September as previously thought. Borders are already open to tourists from 50 countries worldwide, subject to a negative test, and from June fully vaccinated visitors from those countries will be free to enter without a test.

Eager to get a head start on the competition, the Maltese authorities are also offering to pay visitors who come for at least three nights this summer. According to plans laid out by tourism minister Clayton Bartolo, anyone booking a five-star hotel in Malta will get a €200 handout (funded half by the government, half by the hotel), while four-star hotels will offer €150 and three-stars €100. 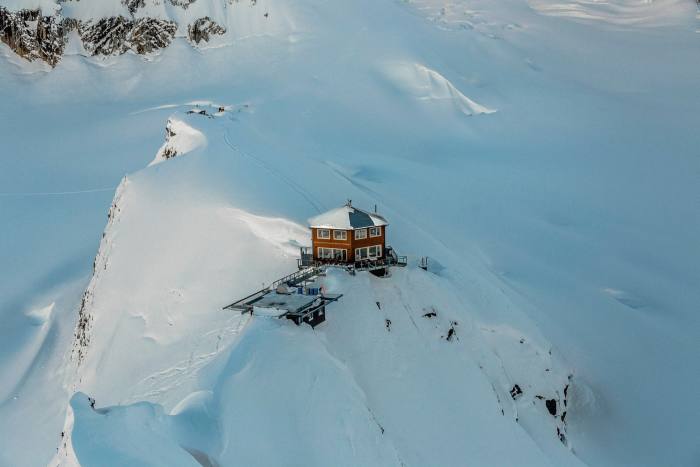 Alaska’s vaccination effort has brought tales of vaccine supplies arriving on bush planes, water taxis and snowmobiles — with remote corners like the isolated St Lawrence Island having some of the highest vaccination rates in the US. The state is now planning to extend that drive to visitors, with Governor Mike Dunleavy recently announcing that tourists will be able to get free vaccinations from June 1 on arrival at Juneau, Fairbanks, Ketchikan and Anchorage airports. Both domestic and international tourists will be eligible for the Pfizer or Moderna shots, and those staying for three weeks or more will also be able to get their second shot in the state.

No date has yet been given for the lifting of the US travel ban on those coming from the EU and UK but many in the industry believe a resumption of tourism is likely this summer. Earlier this week European Commission President Ursula von der Leyen indicated vaccinated Americans would be able to travel to the EU, subject to continuing improvements in the epidemiological situation.

Alaska’s move comes partly out of desperation. The state has been hit particularly hard by the continuing ban on cruise ships, which brought 1.3m passengers in 2019, more than half the total number of visitors. One factor in Alaska’s favour might be that many of its smartest accommodation options are naturally social distanced: like the Ultima Thule Lodge or Sheldon Chalet, deep in the wilderness and reachable only by bush plane or helicopter. 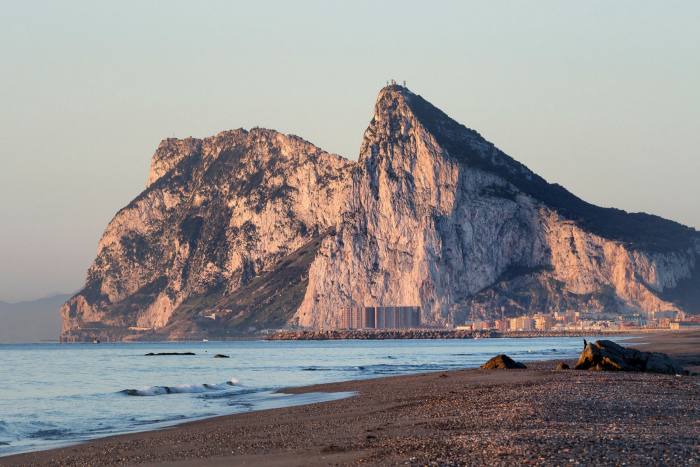 The north face of the Rock of Gibraltar © Getty Images

Life in the diminutive British Overseas Territory at the southern tip of Spain has already returned more or less to normal, with restaurants and bars open (inside and out), no restrictions on the size of gatherings and the cinema reopening this weekend. Gibraltar announced itself free of any Covid-19 cases on April 8, and it has topped global vaccine league tables with 95 per cent of adults fully vaccinated. Those figures mean it is the surest bet of any destination to win “green” status on the UK’s traffic-light travel system, due to be announced in early May and to take effect from May 17. Green means tourists can return to the UK without quarantine, though they will still have to be tested.

That status will be crucial to Gibraltar: the UK is the most important source market for tourists after Spain, with which the land border is already open. Airlines are predicting “the Rock” will find strong demand: new routes this summer include Wizz Air from Luton, Eastern Airways from Birmingham and Southampton and British Airways from London City. While politicians in Portugal have been vocal about their hopes to welcome visitors without quarantine, the mainland still lags behind the autonomous region of Madeira. It opened its borders to international tourists on July 1 last year, with the requirement either to have negative test in the 72 hours before arrival or to take a free test on landing. In March, it introduced a “green corridor”, meaning that arriving tourists with proof of full vaccination would be free to enter without testing or quarantine.

Madeira has been pushing hard to rid itself of a slightly fusty reputation, with a new brand identity unveiled this month and moves to play up its appeal to surfers, adventure travellers and digital nomads. Take sleepy Ponta Do Sol, which has been reimagined as the “Digital Nomad Village”, with free workspaces for up to 100 people staying more than a month. 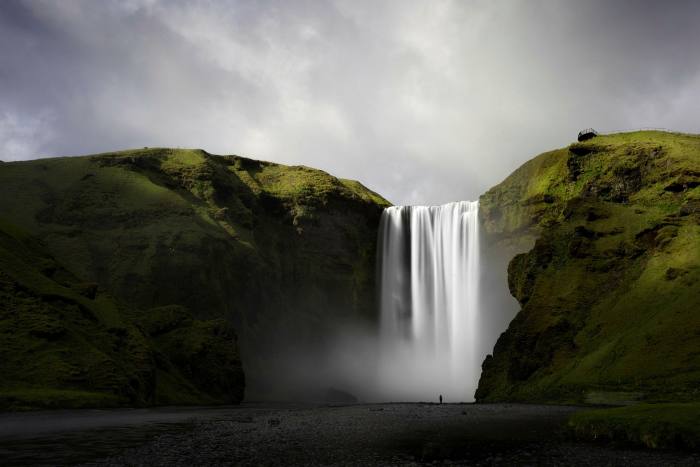 Tourism has been booming in Iceland since 2010, so much so that some Icelanders saw last year’s 75 per cent drop in visitor numbers as a welcome break for the country’s sometimes crowded waterfalls, geysers and hot springs. But the country is nevertheless desperate to get its foreign visitors back, and the $3.8bn they brought to the country in 2019.

On March 18, Iceland opened its borders to visitors from any country who could prove they had been fully vaccinated, becoming one of the first countries in the the world to do so. At the start of June, those rules are likely to relax further, meaning most passengers will be able to visit quarantine-free with a negative Covid-19 test. Iceland is also targeting remote workers, with a new long-term visa offering 180-day stays with no income tax liability to non-EU residents earning at least IKr1m ($8,000) per month.

The country’s wide-open spaces seem likely to appeal to post-lockdown travellers. US airlines, in particular, are anticipating demand: Delta is adding a new daily service from Boston to Reykjavik in May, and reopening routes from New York and Minneapolis; while United Airlines is starting a new route from Chicago in July. A heavy reliance on tourism, which supplies just under a quarter of its GDP, has spurred the Seychelles’ vaccination programme: with 58 per cent of the population fully vaccinated, it is currently the leading nation. That rate gave the Indian Ocean country the confidence to reopen its borders to tourists on March 25, with no requirement to be vaccinated or quarantine but the proviso of a negative PCR test taken in the 72 hours pre-arrival. The policy applies to visitors from anywhere in the world apart from those coming from South Africa, Brazil, India, Pakistan and Bangladesh. While arrivals dropped by 70 per cent last year, there are signs that this one will be much better, with new air routes to the islands including an Aeroflot flight from Moscow that began in early April. 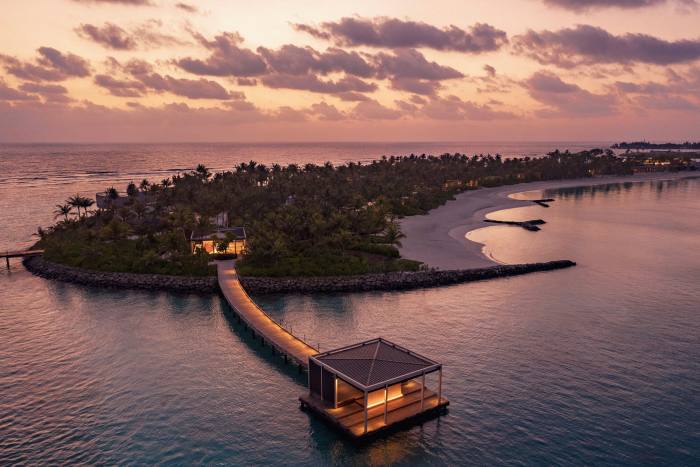 The arrival pontoon at the new Ritz-Carlton Maldives

With its island resorts naturally suited to social distancing, and with tourism directly and indirectly accounting for two-thirds of GDP, the Maldives opened its borders to all visitors in July 2020, subject to a negative test. Some resorts reported a bumper winter season — Soneva Fushi and its sister property, Soneva Jani, saw occupancy up 16 per cent in November against the same month the previous year — and in April the country announced fully vaccinated tourists would be able to enter without testing. Tourism officials now hope to attract 1.5m visitors this year, compared to 1.9m in 2019.

A higher proportion of the population (54 per cent) than in the UK or US have had at least one jab, and in April, tourism minister Abdulla Mausoom said that among frontline tourism workers the figure was approaching 90 per cent. Once all locals are vaccinated, the country will roll out its “3V” tourism strategy: “Visit, Vaccinate, Vacation”, with visitors offered free jabs on arrival.

Confidence in the tourism recovery seems high: Ritz-Carlton, for example, is pressing ahead with the opening of a new 100-villa resort in the Fari islands on June 1, the brand’s first hotel in the Maldives. The US-based Capella hotel group will open the flagship property in its new Patina brand on the same archipelago on May 18.