Airbnb’s Brian Chesky: ‘The trick is to be optimistic’

There was no panic, the chief executive and co-founder of the accommodation-booking platform says, even as bookings plummeted by more than 70 per cent and thousands of hosts protested when forced to issue refunds. Others questioned whether the travel industry would ever recover.

“The trick is to be optimistic,” he says, with the calm hindsight of someone who knows everything turned out just fine. “The optimism has to be rooted in facts that you can present as a case to people, to tell them, ‘I’m optimistic because here’s where we’re going, and here’s how we’re going to get there’.”

Chesky, 39, ranks among one of the most striking cases of a person learning on the job in corporate history. In a Silicon Valley culture that sees fast failures as something to celebrate, perhaps even a minimum qualification, Chesky’s first foray into tech, into start-ups, into running a company of any kind — has turned out to be a success. Airbnb’s initial public offering, snuck in before the end of last year, valued the company at $88bn at the end of its first day’s trading.

These facts seemed to dawn on Chesky, live on air, as the price of the first trade came in on the day of Airbnb’s stock market debut. Stunned, he could muster only mostly gibberish in response to hearing the news.

I tell shareholders, and I think it resonates, the best thing for shareholders is for society to want your company to exist

“It took me about 10 or 15 seconds to form a sentence,” he remembers. “I was surprised at what happened. The banks don’t tell you [the stock is] going to double. At that moment, it was like my hard drive crashed.”

He continues: “Remember, eight months before there were news articles asking: ‘Will Airbnb exist?’ And I guess those eight months . . . just came crashing down, in 15 seconds.”

The lessons of 2020 came thick and fast. In May, the company laid off 25 per cent of its workforce, dropping areas of the business which, because of pandemic belt-tightening, were no longer considered “core” and were therefore expendable. Chesky cancelled almost all advertising, saving an estimated $800m a year, and took on $2bn in emergency funding. Throughout this time of great upheaval, it was important to keep talking, Chesky says.

“In a crisis, you have to communicate four times as much,” he says. “Quarterly board meetings became every Sunday. Monthly all-hands meetings became weekly. I used to answer five questions at the Q&A, I started answering 10.”

When the company decided it must make lay-offs, most of the 1,900 let go were, with their consent, added to a talent directory — a searchable database of skills and locations from which potential employers could pick up the departing workers. And while being criticised over how the lay-offs were prioritised, Chesky drew praise for his statement to staff, immediately breaking the news about job losses and then outlining how the decision to cut certain areas was made. Absent was the typical corporate spin that can accompany such statements.

“My view is, even if I said something ineloquent, it’s better than people thinking I’m bullshitting them,” he says. “I don’t think most CEOs are as cold as they come across. I just think that there are people in HR and legal that round every edge off the person, to the point that they’re sometimes not people.”

By the summer, most observers were cautiously optimistic that Airbnb would at least safely see through the year, but an IPO seemed out of the question. Then came an unexpected uptick in Airbnb’s business. While global tourism remained mostly non-existent, locked-down citizens were turning to the platform to find rural getaways, realising that working from home did not necessarily have to take place in your own house.

Company filings later revealed Airbnb’s revenue was recovering by September, with bookings down by about 20 per cent compared with the more than 70 per cent drop seen in the early days when Covid-19 struck. Suddenly, far from being on its back, Airbnb showed signs of being stronger than ever, with a tantalising prospect for investors: the company could dominate leisure travel, business travel, and an emerging in-between of work and play, with the family in tow. Airbnb’s share price was last week trading 19 per cent higher than its closing price on its first day trading.

Different challenges have emerged in 2021. If last year was spent trying to get travellers back into Airbnb rentals, the start of this one was dominated by an effort to keep certain people out. 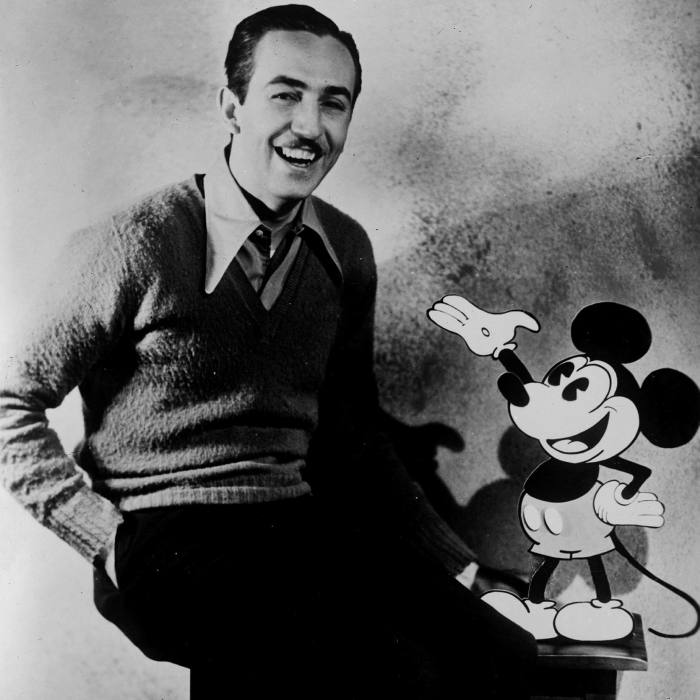 Who is your leadership hero?

One that comes to mind would be Walt Disney. He was an artist and a creative person who ended up running a business — and there aren’t a lot of them. I also like Charles and Ray Eames. They were two of the best industrial designers of the 20th century. I really like leaders that have a creative spirit.

If you weren’t a CEO, what would you be?

Probably what I was before this — I was a designer. I’m really interested in design as a way to solve problems. One of the problems I see is loneliness. Airbnb’s got its own way of solving it, [but] I think there are other ways to solve loneliness. I like designing different kinds of communities, different ways for people to connect and meet each other.

What was the first leadership lesson you learnt?

The first time I really thought about leadership was the first time I hired somebody. I’d never hired anyone in my life. The moment I became a leader was the moment I became a role model, and I had never really thought about that before. I thought, “Oh my god, people are going to mimic what I do”. The way that I lead, the model I exude, the way I treat them is going to be the way they treat the next 100 people. The example you set, and what you tolerate at the very beginning, permeates through the culture.

Following the January 6 riots on Washington’s Capitol Hill, it was discovered that several Airbnb hosts had unwittingly put a roof over the heads of people involved. Less than two weeks later, as preparations were being made for Joe Biden’s inauguration as president, Airbnb cancelled all bookings in the US capital’s metro area. Unsure of its ability to keep out domestic extremists, Chesky decided the correct course of action was to not host anyone at all.

In the hope of avoiding the need for blanket measures in future, one of Chesky’s priorities this year is to build a team tasked with scouring parts of the internet frequented by members of known hate groups, keeping tabs on who might be booking up accommodation on the platform, and blocking the activity.

“We can’t stop everything,” Chesky acknowledges. “But we have developed a user knowledge operations team that has got cyber security experts, law enforcement experts, and we’re investing quite a lot of money.” He adds: “We’re not like Big Brother sleuthing everyone’s personal life.”

What constitutes a hate group is determined by the FBI and international equivalents. Still, the effort risks dragging Airbnb into a debate it has so far managed to avoid, where technology platforms are accused of being biased against rightwing views or engaging in so-called “cancel culture”.

Standing by those responsibilities could be a drag on revenues. For this year’s July 4 holiday, for instance, only guests with existing, positive reviews will be allowed to make a booking.

“I tell shareholders, and I think it resonates, the best thing for shareholders is for society to want your company to exist, ” says Chesky.

Like all companies, Airbnb is pondering what the opening up of the US will mean for how it runs its own business, currently based in offices in San Francisco, a space designed meticulously by Chesky and his team.

Today, that design-led thinking is being applied to answering the question of when and how Airbnb’s employees should come back to work. Indeed, if they should come back to work, given the company’s huge valuation being justified, at least in part, by the promise of an economy leaning towards remote work and a reimagining of the office.

“Flexibility is benefiting Airbnb,” Chesky says. “It would be great to walk the talk and let people live anywhere.

“On the other hand, you know, some of the best ideas I’ve had at Airbnb were just shooting the shit, just talking. And we weren’t trying to come up with an idea — in the conversation, something spontaneously happened.”