The setback follows growing public rage at the Modi government’s handling of the pandemic, on a day when India recorded about 400,000 new infections for the second day in a row.

“It’s a slap on the face of the BJP,” said Gilles Verniers, a political scientist at Ashoka University. “The message is that the Modi brand on its own is probably fading, and is insufficient to compensate for the lack of proper organisation and governance.”

Modi addressed about 20 mass political rallies in a bid to help his BJP oust West Bengal’s incumbent Trinamool Congress party government, led by the feisty Mamata Banerjee, who has twice served in the national cabinet and is now the only female chief minister in any of India’s states.

But Modi paid little heed, celebrating the size of the gatherings despite surging national rates of infection. During the campaign, West Bengal’s daily numbers for new cases rose from about 250 a day in mid-March to nearly 17,000 a day at present.

Beyond the state, health experts say TV coverage of Modi’s rallies is likely to have signalled to millions of Indians that the danger of Covid-19 had passed and that they could return to pre-pandemic modes of behaviour.

Critics argue that Modi and Shah’s preoccupation with the protracted campaign distracted them from responding to the deepening coronavirus crisis, with ailing Indians struggling to find hospital beds and as oxygen supplies ran short.

Modi finally called off public rallies in West Bengal on April 22, a day when India’s confirmed new caseload hit 350,000. But Vernier said a willingness to flout public health warnings had exposed “the BJP’s mindset of winning power at all costs”.

“The BJP has been treating elections as an end to themselves — to win power for the sake of winning power, not as a means to govern,” he said. “This was not a regional election outsourced to a local branch. They treated it like a national election. Modi made the contest personal.” 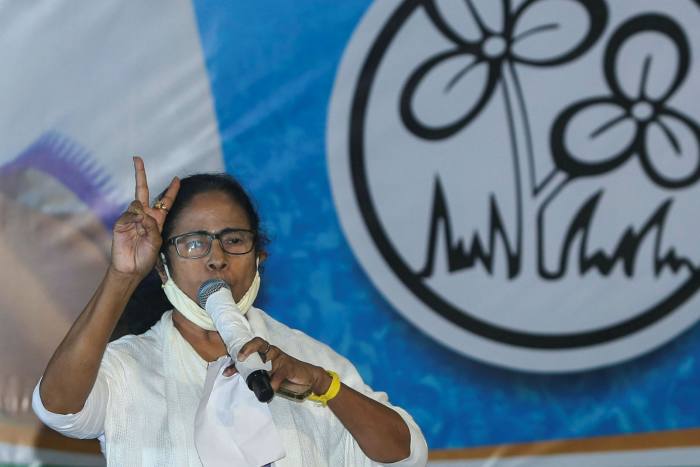 Sunday’s results in West Bengal, which showed the TMC on course to win about 213 of the 292 seats in the state legislative assembly, are likely to boost Banerjee’s profile as a potential unifying figure to rally India’s fragmented political opposition, although general elections are not due until 2024.

Banerjee — known as a wily political street fighter with a taste for white cotton saris and flip-flops — wrote to 15 regional opposition leaders in March urging them to unite to defeat the BJP, accusing it of making assaults on democracy.

“She is a possible aggregator of opposition,” Verniers said.

Sunday’s elections to four state legislatures were not a total washout for the BJP, which retained power in the tea-growing state of Assam, defeating a fragmented opposition.

But in the states of Kerala and Tamil Nadu, regional parties connected with the BJP were defeated by local rivals. In Kerala, a Communist-led coalition, which has been praised for its handling of the coronavirus pandemic, was re-elected.