Shares in businesses that went public through deals with “blank-cheque” companies have dropped by an average of two-fifths from their highs, as appetite for the once red-hot sector of the US stock market cools rapidly.

Of the 41 special purpose acquisition companies that have completed transactions since the start of 2020, only three are even within 5 per cent of their share price peaks. Eighteen of them have more than halved, and several are down by more than 80 per cent. The average decline is 39 per cent.

The figures come from a Financial Times analysis of data from Refinitiv tracking Spacs that acquired businesses worth more than $1bn, and come against the backdrop of a wider US stock market rally that set a new high in the past week.

Spacs — shell companies that raise money from investors through a listing on the promise of merging with an unidentified private company — have been among the busiest segments of global markets over the past year. Nearly half of the $230bn raised globally in new listings have gone to Spacs.

Less than two months ago, investors were still enthusiastically chasing Spac shares higher after companies announced their acquisition plans. Groups ranging from electric vehicle developers and software companies to mortgage originators chose to go public via deals with a Spac instead of the traditional route of an initial public offering.

The frenzy saw blank-cheque companies break records in terms of fundraising and dealmaking in the first quarter.

But deals are now taking longer to complete as regulators take a closer look at the disclosures and revenue forecasts being made by the companies, and institutional investors that typically fund the deals show more caution. As a result, new Spac launches have slowed to a trickle.

Shivaram Rajgopal, a professor at Columbia Business School, said that historically during a market frenzy there were a higher number of underperforming companies that go public as they try to ride the wave, and this trend had been true for Spacs.

“When there’s overvaluation, when sentiment is going crazy, the more marginal company is likely to go public,” he said.

The share price declines and slowdown in new deals suggest retail investors and other market players are cooling in particular on start-ups with little to show in the way of revenue or often even a product, which were among those whose shares rose the most during the boom.

Shares in electric vehicle start-up XL Fleet shot up by almost 70 per cent to a peak of $35 after it went public via a Spac in December, before declining 80 per cent to just under $7 in the following months. Tortoise Acquisition Corp, the shell company that took truck parts maker Hyliion public, saw its share price increase fivefold after it announced the merger, but it is also on the list of stocks down more than 80 per cent.

Of the Spac deals completed since January 2020, eight have fallen so heavily they now trade below the $10 at which the Spac’s shares were originally priced when they first raised cash. 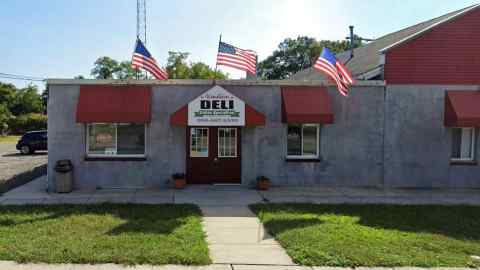 Shares in Spacs that are still hunting for deals have also fallen. More than two-thirds of the 425 blank-cheque companies that have listed since January are trading below $10, according to an FT analysis of Refinitiv data. This may suggest there is investor scepticism that they will find acquisitions that add value.