When Sanjeev Gupta jetted into Whyalla, a rust-bucket Australian steel city, he called it a “diamond in the rough” and unveiled plans to invest billions of dollars.

The British industrialist was feted as a visionary by the country’s political establishment and Whyalla’s 1,200 steel workers, who led a parade through the city in his honour in 2017.

But that grand vision remains unfulfilled. Instead, Whyalla is one of several steel cities, including Newport in the UK, plunged into uncertainty by the gathering crisis at GFG Alliance, the loose collection of Gupta family-owned businesses that make up his global metals empire.

The 49-year-old is trying to raise $5bn following the March collapse of his main lender, Greensill Capital, which financed a decade-long expansion that led to Gupta taking over struggling metals businesses that blue-chip companies wanted rid of.

But the unravelling of Greensill, which is under investigation by regulators in Germany and Australia, has exposed Gupta’s troubling reliance on its precarious supply chain financing model.

Credit Suisse is seeking the wind-up of Whyalla’s steelworks to recoup losses on invoices, which Greensill packaged into bonds purchased by the Swiss bank. A hearing in the New South Wales Supreme Court is scheduled for May 6.

For the people of Whyalla, the crisis has brought back memories of 2016 when Arrium, a Sydney-listed company that then owned the steelworks, collapsed. House sales stalled, hundreds lost their jobs and those that did not accepted a 10 per cent wage cut to make the plant easier to sell.

Gupta bought the business out of administration for about A$700m, secured government contracts to supply steel to railway projects and pledged to turn a profit without making large-scale lay-offs. He quickly became a celebrity in the city, where a fifth of the population live in social housing.

But in a blue-collar region scarred by past industrial closures, many locals are now sceptical the man dubbed by local media as “the saviour of Whyalla” will deliver on his promises.

“He is basically the Pied Piper. He has come here and marched down our streets playing his flute and we all fell into his trap thinking ‘we’re saved’,” said Thomas Antonio, a businessman who was acting mayor of Whyalla at the time of the administration.

Several suppliers to the steelworks, who the Financial Times spoke to at a local hotel boasting a life-size statue of Elvis Presley in the foyer, said they would lose millions of dollars in the event of a collapse and some would struggle to stay afloat.

“If it goes into administration Gupta has lost all credibility and the people of Whyalla will have to go through another five years of pain,” said Kingsley Ewings, a transport haulier who claims he is owed half a million dollars by GFG-linked companies. 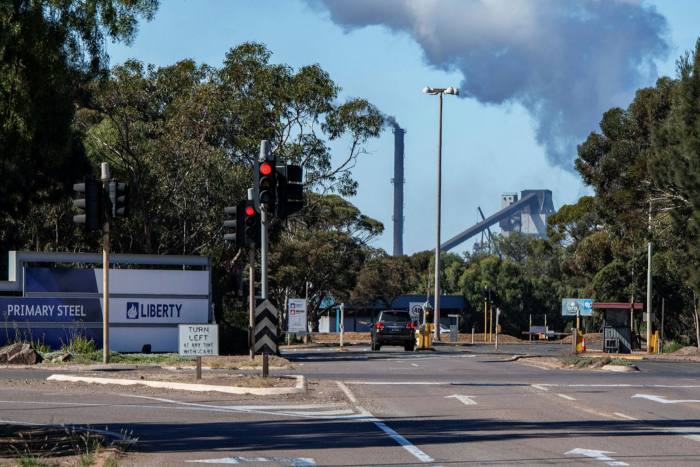 Even before the current crisis, suppliers had complained to local MPs and South Australia’s small business ombudsman about delays to payments, which in some cases stretched for several months. Some said they were asked by GFG to sign up to the Greensill-backed supply chain financing schemes, under which they would take an 8 per cent haircut on the amount they were owed in return for faster payments.

“He [Gupta] was telling you, ‘if you want to get money send the invoices to Greensill’. He was telling us to go to the people he was borrowing money from,” said one supplier, who did not want to be named.

Few signed up for the scheme, said several of the suppliers, who noted the constant payment delays had already raised concerns over GFG’s business model. They said the treatment of suppliers contrasted sharply with Gupta’s own lavish lifestyle that included a A$34m Sydney mansion, ownership of a private jet and sponsorship of Port Adelaide, one of the nation’s most successful Australian rules football clubs.

GFG declined to comment on its relations with suppliers.

Despite the crisis, Gupta still has plenty of supporters in Whyalla, which he declared his “spiritual home” in an open letter to its people published in newspapers last week.

“We really support Mr Gupta from a Whyalla city council point of view. We value that he took the plant on five years ago and has enabled the community to continue and have employment,” said Clare McLaughlin, Whyalla’s mayor, who described him as “incredibly visionary”. 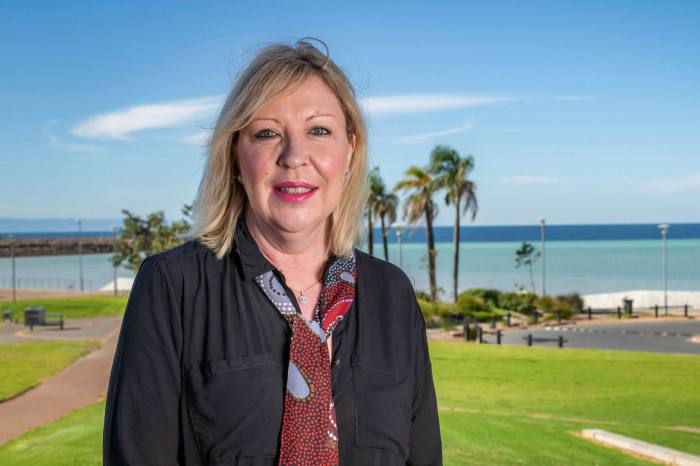 Emboldened by the industrialist’s vision for the steelworks, the council has embarked on ambitious development plans of its own. It expects the city’s population to quadruple to 80,000 people by 2040, which would be a stunning reversal. Its population has shrunk by a third since BHP Billiton ceased shipbuilding there in the 1970s.

Construction work has recently begun on a A$100m school in Whyalla even though several centrepiece projects — a A$100m hotel resort, a A$145m horticultural development by a Chinese investor and GFG’s A$1bn upgrade of the steel plant — have all stalled.

Some locals credit Gupta’s extensive political connections for getting the state government to sign off on funding for the school and he accompanied South Australia premier Steven Marshall to the announcement in August 2018. Alexander Downer, a former Australian foreign minister, is a member of GFG’s global advisory board, which was recently suspended for six months by the group.

The grand vision includes plans for a nine-storey hotel with 180 bedrooms and 43 apartments with views of the foreshore, where bulk carriers line up to ship iron ore dug up by GFG’s mining division to China.

“Sanjeev Gupta will pull through this,” said Barbara Derham, an investor in the resort project and manager of the Whyalla Foreshore Motor Inn, where a photograph of herself and Gupta hangs conspicuously in the foyer beside plans for the new hotel.

“I can understand how some people are anxious because they lost money in the last administration. But that wasn’t Gupta’s issue. He bought a struggling steel works, his senior management have turned it around, and it’s now making a profit.”

Days before Greensill imploded, GFG announced that the Whyalla steelworks and mining operations were profitable and generating positive cash flows, due to “operational improvements” and “strong steel and iron ore markets”.

GFG told the FT it had received multiple offers of finance from large investment funds and is in advanced due diligence.

But in a clear sign of their concern, Canberra and South Australia’s state government are preparing a contingency plan in case Gupta’s attempts to refinance fail. 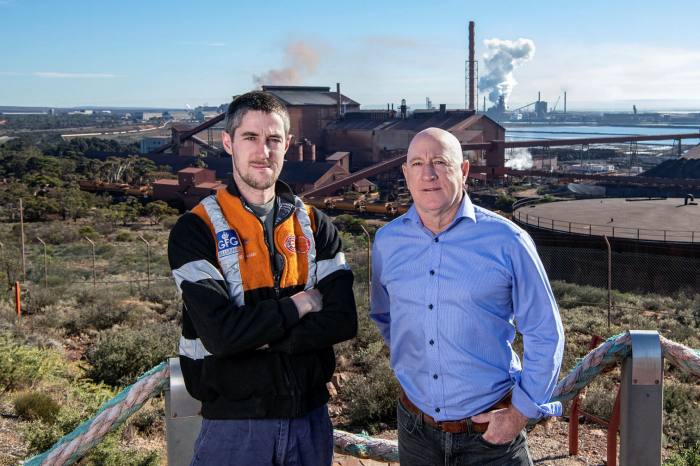 Eddie Hughes, right, a former steelworker and local MP, with his son who works at the plant © Peter Taylor/FT

Eddie Hughes, a former steelworker and local MP, whose son works at the steelworks, said the community was concerned about GFG’s financial position, particularly as expectations about major projects had been dashed in the past.

A lack of transparency regarding the group’s financing had been a source of concern, he added.

“I guess there were some red flags,” said Hughes, who suggested there could be echoes of Alan Bond, the flamboyant billionaire who financed Australia’s America’s Cup victory in 1980s but went bust a decade later.

“When someone who is a little bit tardy in paying his contractors acquires a $34m mansion on Sydney Harbour, you know, when that happens in my mind that’s a really bad look.” 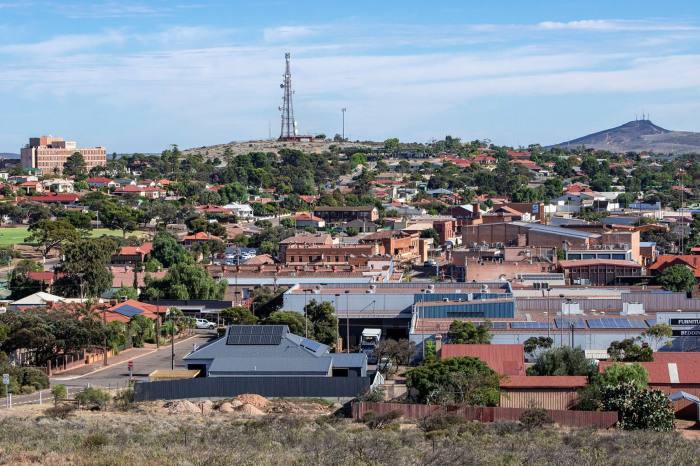 Whyalla is declared a town

Whyalla is declared a city