Airline bosses, tech entrepreneurs and a former Real Madrid footballer are among those to be granted United Arab Emirates nationality, as the Gulf state revamps the long-established relationship with its wealthy expatriate workers.

The issuing of passports to dozens of foreigners in recent months is a significant change from the UAE’s traditional way of treating expats, who have been encouraged to leave the territory when their work ended.

Now the government, boosted by the success of its Covid-19 vaccination programme, hopes to convince more wealthy incomers to stay in an effort to boost domestic spending and sustain property prices.

“We want people to call Abu Dhabi home,” said Mohammed Al Shorafa Al Hammadi, chair of the UAE capital’s department of economic development. “The right perception is that you’re not here for the short-term, you’re here to grow and live . . . through retirement.”

The first batch to be awarded passports includes Sir Tim Clark, the veteran president of Dubai’s Emirates airline, and Tony Douglas, chief executive of Abu Dhabi’s Etihad Airways, according to people briefed on the decision. Michel Salgado, the Spanish footballer who runs a soccer club in Dubai, has also received a passport. They all declined to comment.

Others include the founders of two successful UAE start-ups: Careem, a ride-hailing app bought by Uber, and Souq.com, an ecommerce group acquired by Amazon. They all declined to comment.

UAE nationals can travel around the Gulf states without a visa and acquire property anywhere in the territory, not just in zones designated for foreign buyers.

“It gives me and my family assurance for the future. I now know where I’m going to retire,” said one expatriate granted UAE nationality, who asked to remain anonymous.

As the UAE celebrates its 50th anniversary, the government of the seven-member federation has unveiled a host of economic and social reforms that seek to refashion the Gulf state for a post-pandemic future.

The exodus of foreign workers at the start of the coronavirus pandemic, which S&P estimated at 8.4 per cent of Dubai’s population, was a vivid reminder that expat families could be ejected from the UAE when the main earner loses their job.

“The changes we’re making now are for the next half century,” said one person briefed on the strategy.

Other moves include 10-year “golden visas” to thousands of professional expatriates and their families, which officials say could point the way to a more structured long-term residency programme. “They’re giving them out like hot cakes,” said one consultant.

Expatriate workers currently have to pay up to about $2,000 for a residency visa and related costs at least every three years in a process that includes taking an HIV/Aids test.

A new visa has been introduced that allows foreigners to retire in the UAE. The territory is also set to change a longstanding rule and allow foreigners to own businesses outright, without the need for an Emirati partner. 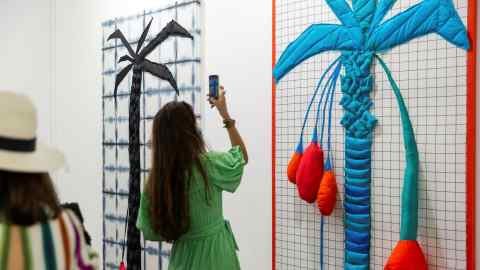 Other possible changes include decriminalising homosexuality, a move that would bring the UAE in line with western norms, and the opening of casinos to boost the tourism sector. Dubai’s government last month denied it was set to license gambling.

Both these taboo-breaking reforms could incite disquiet among conservative Emiratis. Some nationals already fear that extending residence rights to foreigners will alter a country where expatriates make up about 90 per cent of the 10m population.

Yet the government has shown a determination to stick to its reforms and ignore the privately expressed criticism by some nationals. Public disapproval is very rare in the UAE, where the security services take a zero-tolerance approach to dissent.

Monica Malik, chief economist at Abu Dhabi Commercial Bank, said: “The fact that reforms are covering areas that were previously seen as off-limits shows the commitment to drive change.”