Multinational companies sponsoring the 2022 Beijing Winter Olympic Games are evading questions about their participation as China comes under intense pressure over the repression of Uyghurs in Xinjiang.

As calls for a boycott of the event grow among activists, companies are increasingly being urged to take a stand over Xinjiang — at the same time as the Chinese government has encouraged boycotts of brands that speak out.

Letters from human rights groups have gone unanswered and 11 of the 13 companies that have major sponsorship deals with the International Olympic Committee that include the Beijing games did not comment when asked by the Financial Times if they were reconsidering their plans.

They include Coca-Cola, Visa and Airbnb from the US, Panasonic and Toyota from Japan, and Samsung from South Korea. Alibaba, the only Chinese company that is a full IOC sponsor, also declined to comment.

Allianz, the German insurer, defended its position, saying its presence in nations with a “different view of human rights” contributed to “prosperity and security”. Omega, the Swiss watchmaker, said it was focused on the athletes and its traditional role as the official timekeeper for the Olympics.

The Biden administration in the US and the Canadian, Dutch and UK parliaments have all described the situation in Xinjiang as genocide, after reports of forced sterilisations and forced labour in the northwestern Chinese region.

“No comment isn’t really one of the possible answers on an issue that really has extraordinary support across the political spectrum in a number of countries,” said Sophie Richardson, China director at Human Rights Watch.

China also faces growing criticism over its crack down on the pro-democracy movement in Hong Kong, one of several anti-democratic and assertive moves by President Xi Jinping.

The US has held talks with allies, including the UK, about a possible diplomatic boycott of the Winter Olympics.

Despite the reluctance to comment publicly, one person involved in Olympic marketing discussions said the Xinjiang issue was “swirling” among the companies but that executives were uneasy about their role.

Zumretay Arkin of the World Uyghur Congress, an umbrella activist group, said companies were “walking on eggshells” amid the rising calls for boycotts.

“These companies have really beautiful and strong statements about condemning human rights abuses on their websites but when it comes to implementing the policies they just freeze,” she said.

We are present in over 70 countries worldwide, including those that have a different view of human rights than we do. We firmly believe that our presence in these countries contributes to the prosperity and security of the people there, based on the values we stand for and live. We don’t want to withdraw, we want to be visible — Allianz

Omega is the official timekeeper of the Olympic Games, a role it has already held on 28 occasions since 1932 . . . Omega was also at the service of the athletes for the Olympic Games in Moscow in 1980, boycotted at the time by a part of the western world, as well as those in Los Angeles in 1984, boycotted by several other nations — Omega

Human rights groups have taken particular aim at Mars because the US food company’s Snickers confectionery division is one of two non-Chinese companies with a sponsorship deal specifically with Beijing, as opposed to being locked into multiple Olympics with IOC deals.

“We’re targeting Snickers because they are a Beijing 2022 sponsor, but also since they pride themselves on having an incredible human rights policy,” said Mandie McKeown of International Tibet Network, one of more than 200 human rights groups that have written two letters to Mars.

Activists have targeted Airbnb more than the other IOC sponsors because Beijing places travel restrictions on Uyghur Muslims and Tibetans, including banning them from getting passports which are needed to book Airbnb accommodation in China.

“Partnership with a government whose policies go against the very core of Airbnb’s public commitment to human rights is an affront to that original mission,” they wrote to Airbnb, which has not responded. 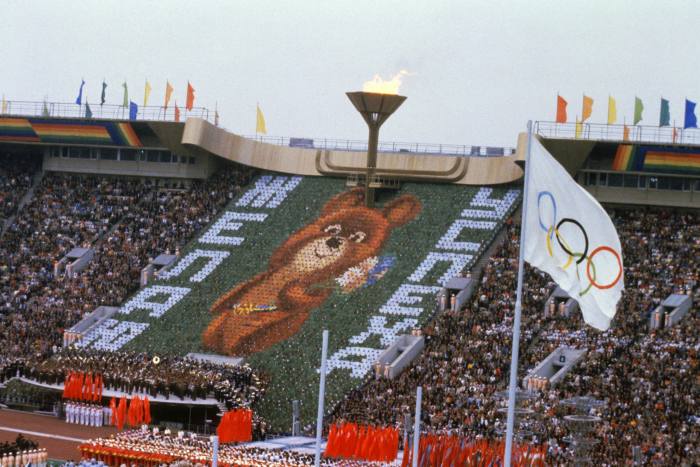 DLA Piper, a global law firm, recently removed a post from its public blog in which its lawyers raised the possibility that a legal challenge could be brought against the UK Olympic Association for sending athletes to Beijing, based on a case in New Zealand in 1985 that forced the All Blacks to cancel a rugby tour of South Africa during the apartheid era.

A spokesperson said the post, which was seen by the FT, was not removed due to concern about a backlash. But she declined to explain the rationale for the decision, which occurred after Beijing last month engineered consumer boycotts of Nike and H&M over their previous statements on forced labour. 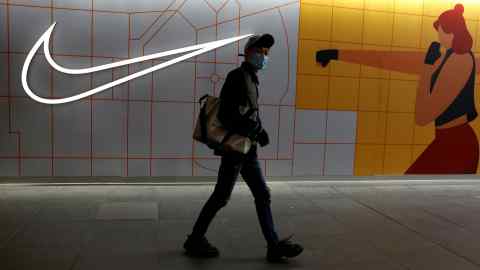 The FT also contacted 16 companies that sponsor the US Olympic team, including Nike and NBC, asking whether they were concerned about reputational risk for backing a delegation to the games. Delta Air Lines was the only company to respond, saying it had “no affiliation” with the Beijing organising committee or Chinese government.

The US Olympic and Paralympic Committee said “corporate sponsors provide essential financial resources for Team USA. Without sponsors, America’s elite athletes would not be able to compete.”

The IOC said the games were the “only event that brings the entire world together in peaceful competition” and that the diverse participation meant it must be “neutral on all global political issues”.

Lobsang Sangay, head of the Tibetan government in exile, said that amid protests over the 2008 Beijing Olympics, stakeholders, including the IOC, said the move would improve human rights. “It didn’t happen. That shows that even the IOC was taken for a ride,” he said.