Two Royal Navy vessels have begun patrolling the waters off Jersey after Boris Johnson dispatched them in a deepening row between the UK and France over fishing rights.

France has threatened to cut off its power supply to the Channel island over the dispute, which centres on demands that ships be equipped with monitoring devices and meet other criteria to obtain licences.

The disagreement comes amid more general complaints from French fishermen over difficulties receiving the necessary licences to fish in British coastal waters, an issue addressed by the EU-UK trade deal struck last year.

Downing Street on Wednesday evening said Johnson had spoken to Jersey’s chief minister and external relations minister on the threat of a blockade of the port of St Helier by French fisherman.

“The prime minister underlined his unwavering support for Jersey. He said that any blockade would be completely unjustified,” a spokesperson said. “As a precautionary measure the UK will be sending two offshore patrol vessels to monitor the situation.”

The craft are the River-class HMS Tamar and HMS Severn.

The head of fisheries for the Normandy region, Dimitri Rogoff, told news agency AFP that about 100 French fishing vessels would sail to St Helier on Thursday morning in protest at the licences, but said they would not try to blockade the port and would return to France in the afternoon.

Meanwhile, Brussels has intervened in the dispute, calling on Britain to explain conditions being attached to access to the waters around Jersey.

According to two people briefed on the issue, the European Commission has written to the UK government seeking clarification on special conditions being attached to licences for fishing off Jersey and has requested that in the meantime they should not be enforced.

The letter, sent on Tuesday, says that under the terms of the “trade and co-operation agreement” struck by Britain and the EU last year, the UK should have given Brussels advance warning of any extra conditions attached to obtaining licences.

Brussels says in the letter that any such requirements should be science-based and non-discriminatory. It also says the conditions should not be enforced until Britain has shown that they are justified on those grounds, according to the people briefed on the letter’s contents.

A spokesperson for the commission said Brussels “has clearly indicated to the UK that the provisions of the EU-UK TCA have not been respected”.

“Until the UK authorities provide further justifications on the new conditions, these new conditions should not apply,” the spokesperson said. “The commission remains in close contact with France and the UK on the matter.”

Brussels has the option of opening formal dispute settlement procedures with the UK under the terms of the two sides’ trade deal should the EU decide that Britain is violating the spirit of the agreement, which preserved some EU fishing rights in waters close to the Channel Islands. 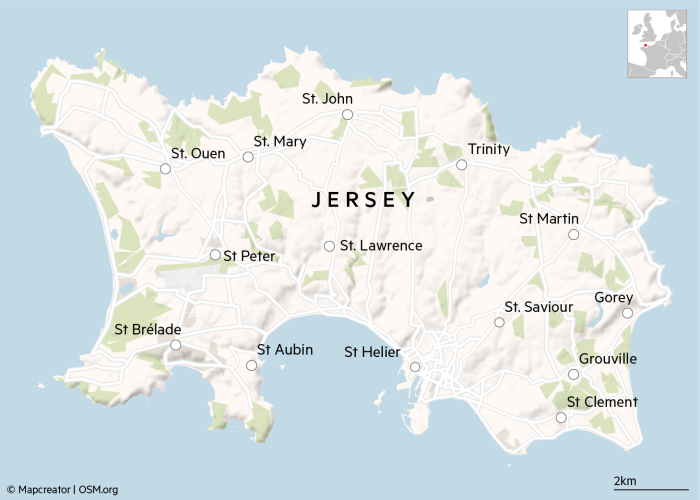 Jersey, the largest member of the archipelago and a British crown dependency, receives 95 per cent of its electricity from France through underwater cables. Its foreign policy is governed by the UK, which means it is treated as a third country by the EU.

Annick Girardin, the French maritime minister, told France’s National Assembly on Tuesday that she was “revolted” that Jersey had granted 41 fishing licences that included conditions and specific criteria that were “decided unilaterally and without explanation”.

“It’s unacceptable,” she told lawmakers. “We’re ready to resort to retaliatory measures . . . concerning Jersey, I’ll remind you of the transport of electricity via submarine cables.” Girardin added she would “regret” any action but “we’ll do it if we have to”.

French fishermen and ministers have been complaining for two weeks about the difficulty of gaining access to British waters despite the agreement on fisheries reached at the end of last year.

The anger among French fishermen at the delays in receiving licences for fishing in the UK has prompted lorries arriving in Europe with UK-landed fish to be barricaded.

Clément Beaune, France’s junior minister for European Affairs, last week threatened to block regulations that would allow UK financial firms to do business in the EU if Britain did not respect its Brexit commitments on fishing.

Bertrand Sorre, an MP for President Emmanuel Macron’s governing La République en Marche party, shared the example of a fisherman from Granville in Normandy. The man had previously fished for scallops and whelks for an average of 40 days a year off Jersey but he had been told he could fish for only 11 days this year, and only for scallops. 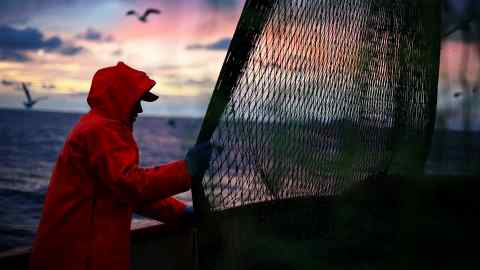 Ian Gorst, Jersey’s external relations minister, said the island had issued the licences in accordance with the UK’s trade and co-operation agreement with the EU and the new regime would “take time for all to adjust”.

“If French fishermen or the authorities have further evidence they would like to submit, we will update the licences to reflect that evidence,” he added.

The UK’s Department for Environment, Food and Rural Affairs said: “We are clear that Jersey is responsible for its own territorial waters.”

Nadhim Zahawi, the UK business minister, urged both sides to “iron out” issues with fishing. “We’ve got to look at this urgently and the best way to fix this is to work together,” he told Sky News.

A UK government spokesperson said: “To threaten Jersey like this is clearly unacceptable and disproportionate.”

“We are working closely with the EU and Jersey on fisheries access provisions following the end of the transition period, so trust [that] the French will use the mechanisms of our new treaty to solve problems.”

The dispute also comes at a time when UK and EU negotiators are in discussions over the 2021 catch quota for shared fishing stocks.

Video: Opinion: why Brexit will become a negotiation without end