When it first appeared in an obscure military blog last month, a ringing call to arms by retired French generals that came close to calling for a coup d’état made it sound as though France was on the verge of civil war.

“France is in peril,” read the declaration that went on to be signed by hundreds of army pensioners and at least 18 active military personnel. It condemned “laxism”, Islamism and “the hordes” on the outskirts of the nation’s towns and cities, which every French reader understands to mean immigrants.

Republished in the rightwing magazine Valeurs Actuelles on the 60th anniversary of the failed generals’ putsch against President Charles de Gaulle in 1961, the statement was initially dismissed by the army command as the nostalgic ramblings of elderly reactionaries.

But a public endorsement from far-right leader Marine Le Pen — who said it was the duty of French patriots “to rise up” to save the country — triggered condemnations from politicians and the defence ministry and a promise to punish the serving soldiers who signed the declaration.

Three weeks on, the consensus in Paris is that the furore says more about the febrile state of French politics and society than it does about the state of the army, which is regarded as professional, politically neutral and highly unlikely to mount a coup d’état — something not seen in western Europe since the foiled putsch in Spain in 1981.

Marine Le Pen, Rassemblement National (RN) party president said it was the duty of patriots to ‘rise up’ to save the country. © Bertrand Guay/AFP via Getty Images

“There are no coups in Europe any more,” said Jean-Yves Camus, an expert on political extremism.

Dominique Trinquand, a former general and now commentator who headed France’s military mission to the UN, agreed. “This is not serious for the army because those who signed it are not in the army today, or very few of them,” he said, noting that prosecutors had decided not to pursue the matter for want of a criminal offence.

He also dismissed the significance of Le Pen’s call for the ex-generals to join her far-right Rassemblement National party, shown by opinion polls to be the main national opposition to President Emmanuel Macron. “What’s comical is that three-quarters of the signatories are already more or less close to the RN,” he said.

The man behind the idea was Jean-Pierre Fabre-Bernadac, a former infantry and gendarmerie officer who ran security for Le Pen’s father Jean-Marie when the party was called the Front National. And among the signatories was Christian Piquemal, former head of the French Foreign Legion, who was forced into full retirement from the army reserve five years ago for taking part in an illegal demonstration against immigrants in Calais.

The former officers, commentators said, had scant chance of triggering a coup by an army that is apolitical and increasingly reflects the ethnic diversity of France, but their declaration and the way it has resonated in politics suggested that their concerns were widely shared in society. 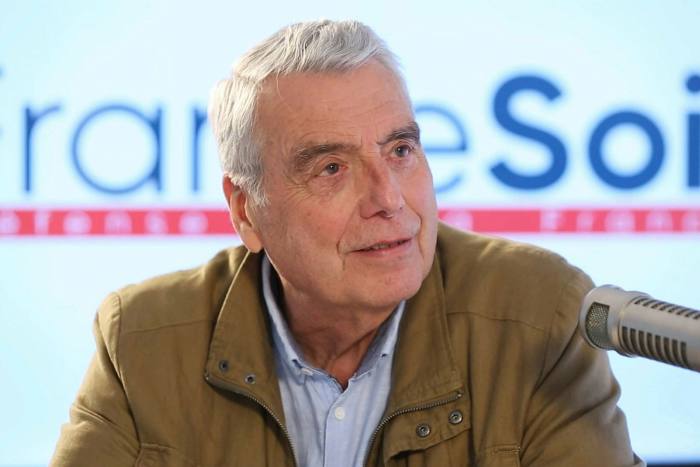 “In spite of the very polemical words,” said Trinquand, “the concern about law and order and Islamist radicals is a sentiment shared by a good part of the French people.”

According to an opinion poll carried out after the controversy erupted, 58 per cent of French voters — including many on the left — supported the military officers who signed the declaration. An extraordinary 74 per cent thought French society was collapsing and no less than 45 per cent agreed France “will soon have a civil war”.

Jean-Daniel Lévy, managing director of Harris Interactive, which conducted the poll, said: “Overall, the French have the same views as those that were expressed by the generals.”

This is the heated political situation in which the two main contenders in the French presidential election next year are currently the incumbent Macron — who won office four years ago saying he would be “neither right nor left”, but has since moved steadily rightward in his stands on Islamism and immigration — and Le Pen. 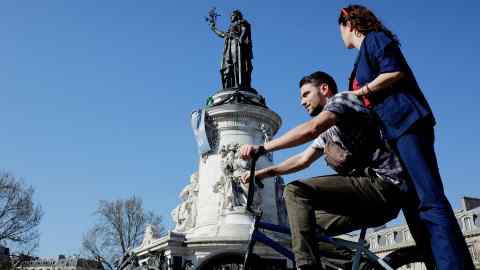 For Camus, the institution most under strain is not the army fighting a war against jihadis in the Sahel, but the embattled national police force at home, which tried to suppress nationwide demonstrations by the anti-government gilets jaunes protesters for more than a year from 2018 and is still at the sharp end of battles against crime, drugs and terrorism.

“I think the real subject in the coming months will be the police,” said Camus. There was simmering anger in the force over low pay and poor equipment, he said, “and all this for the risk of being killed by a petty drug dealer in broad daylight”.

Two weeks ago, a policewoman was killed by a Tunisian Islamist who slit her throat at the entrance to a police station in Rambouillet, the latest in a series of attacks that included a multiple knife murder at Paris police headquarters in 2019 and the beheading of a teacher outside his school last year by an Islamist Chechen refugee.

In April, police demonstrated over what they regard as lenient treatment by the courts of five youths jailed for attacking and burning two policemen in Viry-Châtillon south of Paris in 2016.

And last Wednesday, it was the turn of a policeman in the southern city of Avignon, who was shot dead on the street in a drug bust and whose assailant escaped, prompting calls for a protest march this weekend by the police themselves. 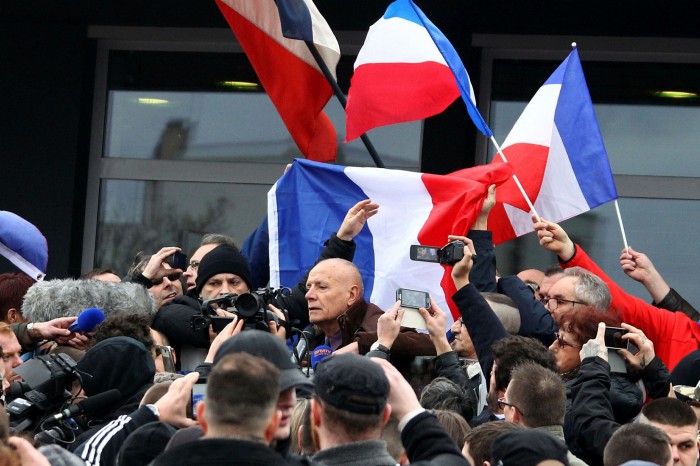 Researchers say that support for Le Pen in the army has been running at just over 40 per cent, which is not far off the level in the wider population given the far-right’s support among the young and the relative youth of active soldiers. In the police, support exceeds 50 per cent.

Gérald Darmanin, the interior minister appointed by Macron to last year to crack down on crime and terrorism, appeared to be in no doubt that the institution he needed to appease after the Avignon shooting was the police.

Mindful of the high reputation of the French armed forces and poor public image of the police, he paid tribute to the dead man by likening police officers on the beat to military heroes.