Investors line up bets against German bonds on pandemic recovery

Investors are turning against German government bonds, sparking predictions that decades of stunning gains for Europe’s ultimate safe asset is at an end.

Bunds — as Germany’s sovereign bonds are known — are the foundation of European markets and a benchmark for the determining prices on the continent’s assets.

Any flicker of danger, from the Greek debt crisis to geopolitics or, more recently, the coronavirus pandemic, reliably fires up their price and crushes their yield. Ten-year Bund yields were among the first in the world to fall below zero per cent in 2016, and they have not been in positive territory for more than two years.

For many market participants, even 10-year Bund yields back above zero is hard to imagine. But some believe that with the eurozone’s Covid vaccinations programme now kicking in to gear, Bunds are in trouble.

Investor bets on further pain for Bunds are at “extreme” levels, according to Peter Chatwell, head of multi-asset strategy at Mizuho. “The market firmly believes that yields are going higher,” he said.

Bunds weathered a global bond market storm in February that was prompted by a brightening global economic outlook, suffering relatively modest losses while US Treasuries dropped the hardest in 40 years. But the German bonds are slowly catching up. This week, 10-year yields rose to minus 0.16 per cent, the highest point since the start of the pandemic.

For some investors, Bunds are simply lagging behind Treasuries. But others sense a deeper shift in their role at the heart of eurozone debt markets. The spectacular rise of German debt prices over the past 10 years — which until recently pushed yields on all of Berlin’s bonds below zero — was in part a function of their scarcity. Not only did they act as the ultimate haven in times of stress for the entire bloc, but Germany’s aversion to budget deficits meant their supply dwindled.

Signs of a shift in domestic politics — with the Green Party seizing a poll lead just five months before September’s elections — point to a more free-spending future, argues Sandra Holdsworth, UK head of rates at Aegon Asset Management. Moreover, the upcoming issuance programme by the EU itself to fund its €750bn pandemic recovery plan will inject a fresh supply of top-rated bonds into the region’s capital markets

“There are a number of things changing that undermine the premium put on Bunds since the euro crisis,” Holdsworth said. “[The EU’s bonds] are as good in credit quality as Bunds but they are issued at a higher yield. It cannibalises the demand for the Bund market.” That dynamic should drag 10-year yields comfortably into positive territory this year, she added.

The European Central Bank is sure to push back against any rise in yields, which would affect not just Germany but also more indebted member states like Italy. Indeed, the ECB has already lifted the pace of purchases under its pandemic bond-buying programme, hitting €112bn a week in the final three weeks of April, compared to €87bn in the three weeks before that, according to strategists at NatWest Markets.

The failure of this policy to push down yields shows a “remarkable willingness” to sell on the part of private investors, the bank said in a note to clients last week, which declared the “end of the Bund supercycle”. For years investors have been willing to swallow vanishingly small or negative yields because they banked on returns from price gains, said Giles Gale, NatWest’s head of European rates strategy. But sensing that ECB interest rates have likely bottomed out at the current level of minus 0.5 per cent, buyers are no longer lured by the promise of further cuts, he added.

Others are more cautious. Gareth Hill of Royal London Asset Management said he is shorting Bunds on the basis that the vaccination programme and reopening of the economy is running about six to eight weeks behind the US or the UK in the big eurozone member states, which should push German 10-year yields back to roughly zero by the end of the year as they close the gap with Treasuries.

But he expects any burst of inflation to be fleeting, and thinks predictions of a sea change in German attitudes to borrowing are overblown. “It would be a huge leap of faith to think they are suddenly going to start issuing debt left right and centre and spending like there’s no tomorrow,” he said.

High-profile predictions of the Bund market’s demise have come unstuck in the past. Pimco founder Bill Gross said in April 2015 that German bonds were “the short of a lifetime”. Although his comments came during a sharp sell-off, ultimately yields resumed their march lower.

Any steep rise in Bund yields would also push up borrowing costs in the rest of the eurozone, which in turn could fan concerns about the finances of more indebted countries. If investors respond by dumping Italian or Greek debt, they are likely to head back to the safety of Bunds, according to James Athey, a fund manager at Aberdeen Standard Investments.

“The idea of Bunds as a gigantic shorting opportunity has occasionally reared its head over the past 10 years, and it’s usually ended up being a massive pain trade,” he said. “When things go wrong, Bund yields fall aggressively, and I don’t see why that dynamic should change now.” 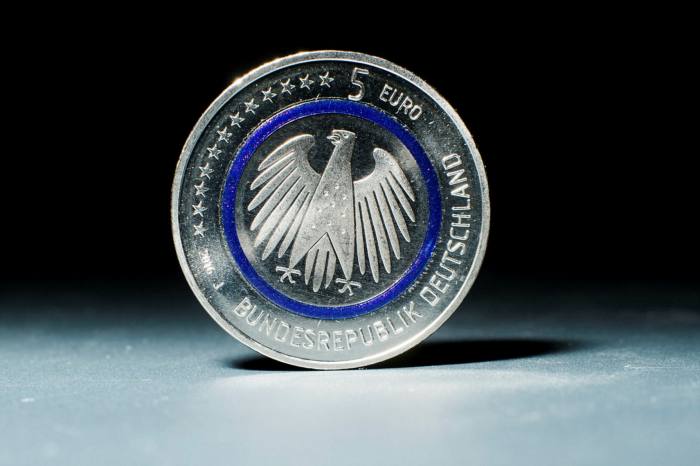 Ten-year Bund yields tumble to a then-record low of 1.69 per cent as the eurozone’s debt crisis intensifies.

Mario Draghi’s now-famous promise to do “whatever it takes” to save the euro comes shortly after another all-time low for Bunds at less than 1.2 per cent.

Bund yields tumble at the start of the year as investors anticipate the launch of ECB quantitative easing, bottoming just above zero shortly after the programme begins in March.

Germany sells a 30-year Bund at a sub-zero yield as concerns over flagging global growth drive a record-breaking bond rally. All of Berlin’s debt now trades at negative yields.

The 10-year Bund yield falls to minus 0.85 per cent — a record low which still stands — as the early stages of the pandemic sparks a scramble for safe assets.

Ten-year yields climb to minus 0.22 per cent as German debt is embroiled in global bond sell-off led by US Treasuries. Still, the rise in Bund yields is modest compared with the market moves across the Atlantic.