Europe forced to turn back clock to bail out airlines

European governments have gone retro. After the launch of privatisation in aviation two decades ago, the coronavirus crisis has caused a sharp policy reversal as countries across the continent have stumped up billions of euros in state aid to save their national flag carriers.

Paris has increased its stake in Air France-KLM to nearly 30 per cent, Berlin has taken a 20 per cent stake in Lufthansa, while Rome owns 100 per cent of Alitalia as more than €20bn has been invested in companies considered too strategically important to fail.

But a backlash against state support is growing as rival carriers fear an uneven playing field and warped competition. While governments defend investment as necessary to save airlines facing unprecedented short-term risks to their survival, critics say public money could allow propped up airlines to avoid tough decisions needed for long-term growth.

The fiercest critic has been Ryanair boss Michael O’Leary, who has filed 16 cases to test the state aid rules in European courts, arguing that support made available to flag carriers only is discriminatory and undermines the EU’s single market in air travel.

The Irish chief executive said companies such as Air France will never be able to pay governments back, but will be able to “subsidise and suppress competition for the next decade.”

“We, easyJet, [BA owner] IAG and the others have to compete with these state-aid, crack cocaine junkies.”

Ryanair has lost all five cases decided so far, but O’Leary told the Financial Times he thinks there is a “very strong likelihood” his low-cost airline will overturn the verdicts on appeal.

The pandemic has also highlighted differences between the continental Europeans, where state-aid rules were relaxed to help companies survive the crisis, and the US and UK.

The British and Americans have stopped short of taking equity stakes despite offering billions in loans and other financial support, leading some to argue their airlines will emerge stronger as they have been forced to make aggressive cuts to navigate the crisis.

“When we’re out of this, it will be immensely liberating for the companies that don’t have governments in their register, to do continuous improvement, to be nimble and agile,” Shai Weiss, the chief executive of Virgin Atlantic, told the FT.

“I think the payback will be once we are in safe harbour. We’ve just learnt to work with [other airlines receiving support].” His airline was refused a rescue package by the UK government last year, and raised cash privately.

The ever-bullish O’Leary agrees, insisting government intervention creates a long-term opportunity for airlines like his “to become ever more efficient and competitive, just to survive against the billions of state aid”. 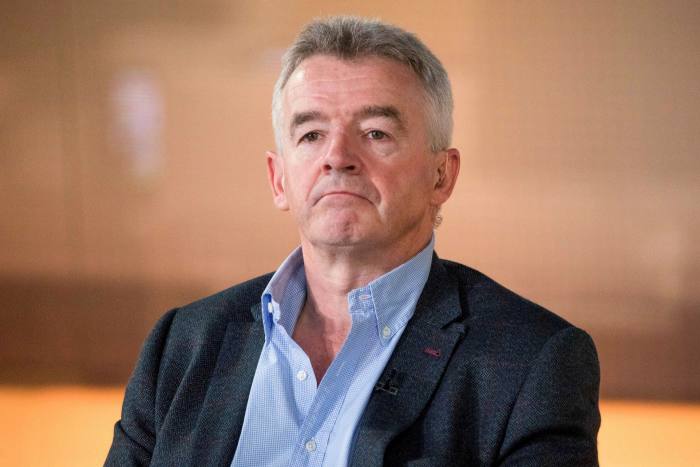 But the support has also underlined the importance of airlines as significant employers and strategic assets that governments were unwilling to let fail during the crisis.

Not only have the companies welcomed the support to cope with the passenger collapse, but falling share prices have made them cheaper takeover targets for foreign competitors.

“In Europe, this crisis has revived old concerns,” Martin Vial, who runs France’s state equity investments, told the FT, alluding to the potential threat of US or Chinese groups building up stakes in domestic companies on the continent.

Governments “have to make sure that some of the biggest businesses in these countries, private or public, do not fall victim to predators because obviously the crisis is going to open up opportunities,” he added.

Vial, who sits on the board of Air France-KLM, also stresses airlines are important strategically “for France as they are for other European countries”.

“You have to take into account that over the past year, some 15 airline groups have received state capital support. Air France-KLM is not an exception.” 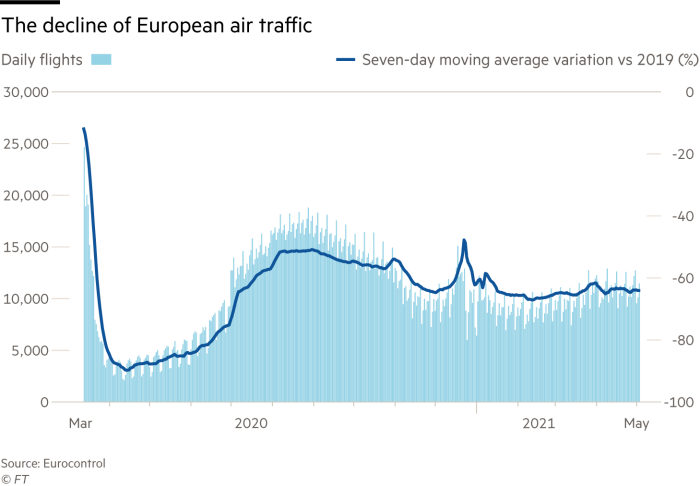 Analysts agree there is a strong argument for viewing flag carriers as strategic.

“Let’s say some midsized company from France wants to build a new production plant in Bratislava. Will it build that plant in Bratislava, if it couldn’t rely on there being consistent air services to that place?” said Daniel Roeska, an analyst at Bernstein.

He believes many airlines would have gone under without state support. “We have seen states in general inject money to maintain services and help these companies survive. If governments had not done that, we would have had a flood of bankruptcies.”

In Italy, the government has gone the whole hog, nationalising its flag carrier Alitalia in 2020, with plans to relaunch it through a new company called ITA.

Although admitting to being “very saddened” to lose the old brand, Italian prime minister Mario Draghi hopes ITA will eventually be able to survive without public support. 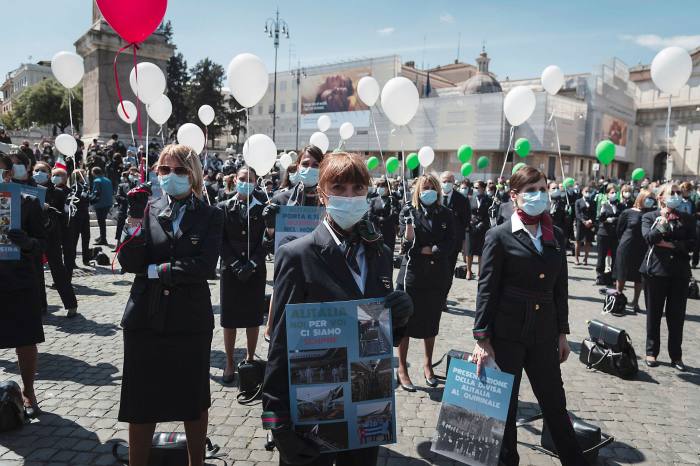 “Someone my age has travelled almost his entire life with Alitalia, it’s like being part of a family . . . an expensive one, but nevertheless a family,” he told a press conference in April.

But before Rome can consider any exit plans, it must first wrestle with Brussels over state aid conditions.

Italy’s previous government put aside €3bn for the new national airline, but the European Commission is demanding a major reduction of airport slots — one of the loudest complaints from rivals — the sale of handling and ground services as well as job cuts in order to give the plan the green light.

Italian politicians are insisting any reduction must be in line with the limited hit Air France-KLM took at Paris Orly.

In France and Germany, full state ownership is not on the agenda.

Paris is adamant it will not nationalise Air France-KLM, promising to scale back its equity investment over time, and at a profit, while the German government has said it also hopes to make a small profit and sell its stake when the airline “is fit again”.

Air France-KLM is expected to need further recapitalisation measures, including perhaps from the Dutch state, while Lufthansa shareholders this month approved a future capital raise to help pay back some of the government support.

“We are not in the same world as maybe 20 or 30 years ago. We are not in a state of mind where state aid is given without expecting economic performance in return,” said Vial, pointing to the strides Air France had made before the crisis when the state was already a 14 per cent shareholder.

But restoring the health of the airlines may take longer than expected.

Bernstein’s Roeska warns the legacy carriers will wear the scars of the crisis for years as they struggle to deleverage and restructure to adapt to a smaller marketplace. “The price will be lower growth,” he said.

In France, ministers are backing laws culling flights, if there is an alternative train option of under two hours and 30 minutes. Vial argues this will eventually be seen as an asset as customers demand greener travel options.

But interventions like that have raised deeper concerns. Andrew Charlton, an aviation analyst who led the privatisation of Australian carrier Qantas in the 1990s, argues it is difficult for governments to maintain a boundary between fair competition and their own interests when holding airline stakes.

“What is the analysis that calls for governments and countries to have their flag flown around the world? The concern is you will be unconnected to the world, but really — no one is going to fly to Paris or Berlin?”