Gastronomes look beyond pandemic to a revolution in French fine-dining

Chef Yannick Alléno used to serve a €395 menu featuring langoustines and foie gras at his three-starred Michelin restaurant near the Champs-Elysées.

But as France prepares to allow restaurants to reopen for outdoor service next week after six months of closure, he will instead be serving up burgers at his wine bar for a fraction of the price.

That a superstar chef such as Alléno, whose stable of high-end restaurants from Courchevel to Marrakesh hold more than a dozen Michelin stars, is changing strategy underscores the difficulties facing France’s grands restaurants as they seek to recover from the ravages of the coronavirus pandemic.

“We have to inspire people to come here by sparking their curiosity,” he said of the Pavillon Ledoyen, the neoclassical building that houses several of his restaurants, including the three-starred Alléno Paris.

Such temples to French gastronomy have long catered to wealthy foreign tourists, who will happily pay more than €1,000 for a meal for two as long as they experience l’art de vivre à la française. But with international travel severely curtailed by the pandemic, such customers are not expected back for some time.

Attracting locals is the new challenge, as well as retaining employees, many of whom have left the sector and its notoriously challenging working conditions. Many restaurants are also saddled with large debts after taking state-guaranteed loans to ride out the crisis.

“I have three years of struggle ahead,” said Alléno, adding that half the group’s €4m in cash reserves had been spent. “For three-star restaurants, there will be many casualties.”

His flagship restaurant used to generate more than three-quarters of revenue from foreign diners, mostly from Asia and the US. As there is little point reopening without them, the doors will remain shut until September. Alléno will for now experiment in the less-formal location as he plots an overhaul that seeks to drag fine-dining into the 21st century.

“Everything must change,” he said, quoting the title of the book he co-wrote during lockdown. In it, he called for a revamp of everything from the style of service (warmer, more personalised) to staffing (more flexible and family-friendly).

French haute gastronomie traces its roots back to visionary 19th-century chefs such as Auguste Escoffier and Marie-Antoine Carême, who created a cuisine based on rich sauces and meticulous — often theatrical — service. For decades it was considered the world’s best and became a key part of French identity.

But its popularity has faded in recent decades thanks to competition first from the flashiness of molecular gastronomy and then the pared-back Nordic style. As French haute cuisine lost ground, it became much more expensive, putting it out of the reach of many.

“The pandemic has exposed that the business model of high-end restaurants in France simply doesn’t function without tourists,” said Joerg Zipprick, co-founder of La Liste group, which ranks the world’s best restaurants.

“This is a relatively new development. It used to be that . . . a local doctor or manager would come to these places to celebrate a special occasion. No longer.”

Zipprick said that for the top chefs, many of whom had spent the past year experimenting with takeouts and meal kits, success depended on their willingness to adapt. 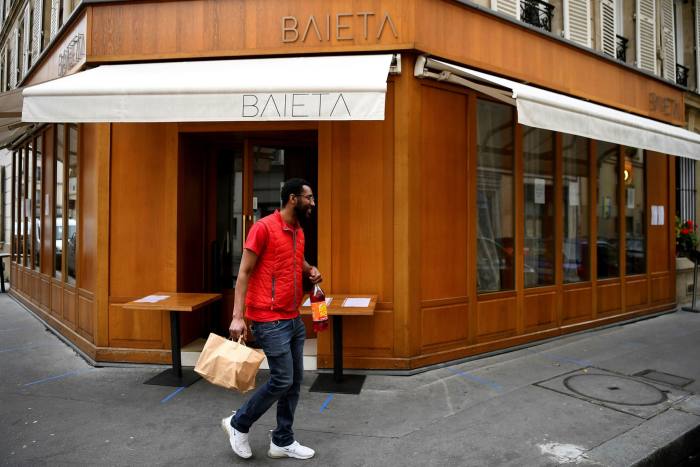 Baieta restaurant in Paris. Many top chefs have experimented with takeouts and meal kits during the past year © Franck Fife/Getty

Diners would not want fussy and experimental dishes on their return, he predicted, but would instead want to eat good food at a nice restaurant in the company of friends and family.

“No more technical stuff or food that requires a long explanation from the waiter about the fermentation process. People don’t want their meal to be a work of art,” Zipprick said.

The last time French cuisine reinvented itself was in the 1970s when chefs such as Paul Bocuse and the Troisgros brothers created nouvelle cuisine. The movement, less opulent and calorific than the fine-dining that preceded it, put fresh and high-quality ingredients to the fore and service became less formal.

Alléno believes top restaurants must aim to tailor experiences by talking to clients beforehand about the occasion for their dinner, the guests and their tastes.

This “concierge service” approach would allow menus to be better planned, improving the customer experience and the economics for the restaurant.

“If I know I only have three people who’ll eat langoustine on a given night then I don’t need to order six kilos just in case,” he said. “It really changes things for the kitchen.” 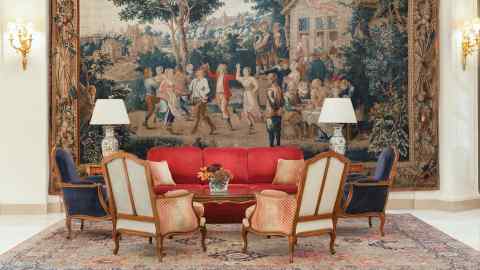 Others are being even more radical. Daniel Humm’s three-starred Eleven Madison Park in New York will no longer serve meat and seafood when it reopens next month, as the Swiss chef seeks to show that sustainable and environmentally conscious eating can be compatible with luxury.

However, Éric Fréchon, the three-Michelin-starred chef behind restaurant Epicure at the five-star Le Bristol Paris hotel, played down expectations of radical change.

“Things will return much as they were before,” Fréchon said, noting that the hotel’s restaurants had a significant local client base. “People have missed the experience of haute gastronomie for so long they’ll be eager to come back.”

Fréchon said he would retain some coronavirus-era innovations, including the €1,390 “gastronomy and to bed” package that is marketed as a one-night staycation for locals that includes dinner in their suite or hotel room.

“For New Year’s Eve we had 60 servers running back and forth to rooms, it was really difficult,” he said. “But it allowed us to reach new clients who perhaps would not have dared to come to a three-star restaurant. Now we have to keep them.”