Towns across Japan are cancelling plans to host athletes before the Tokyo Olympics, leaving competitors with little chance to acclimatise and threatening to distort competition at the world’s biggest sporting event.

Local holding camps are a crucial part of preparation for many Olympic athletes, allowing them to train, acclimatise and bond as a team before moving to the Olympic Village or straight to their competition venue.

But the severity of the Covid-19 restrictions — which will apply even if athletes are vaccinated — is pushing many towns to cancel, highlighting how Japan’s determination to stage the Olympics during a pandemic is straining the logistics of the event.

Extremes of heat and humidity in the Tokyo summer mean athletes will struggle if they fail to adjust to the local conditions fast enough, especially if Covid-19 has prevented them from leaving their home country to train in a suitable climate.

Sebastian Coe, the president of World Athletics, told a press conference in Tokyo that athletes accepted they would have little time to acclimatise.

“In track and field, we know that the athletes are not going to be in the village for more than a few days beforehand. The chances of them being in holding camps are limited,” he said.

But Coe insisted that lack of time to get used to the hot and humid conditions would not affect the competition. “Everybody is in the same boat,” he said. “[The athletes] . . . would rather be here than sitting out the dance.”

The US track and field team has abandoned plans for a pre-Olympics training camp in Chiba province outside Tokyo citing safety concerns, local officials said.

Tokyo remains under a state of emergency as Japan struggles to get its vaccination campaign off the ground. So far, the country has given a first dose of vaccine to just 3 per cent of its population, and recent polls suggest that 60 per cent of the public want the games to be cancelled.

Olympic athletes and logistics staff have been able to enter the country since April 23. Credentials for the games double as a visa, bypassing Japan’s Covid-19 restrictions, which have prevented most foreigners from entering the country for more than a year.

However, athletes and officials travelling to the games must comply with a long list of precautions, including approval of all travel plans, constant Covid-19 testing and avoiding contact with the Japanese public. Failure to comply can lead to sanctions and even expulsion from the games.

For many Japanese towns, interaction with athletes was the whole point of hosting the camps. The bond between local communities and teams at the Rugby World Cup, which Japan hosted in 2019, was regarded as one of the high points of that tournament. 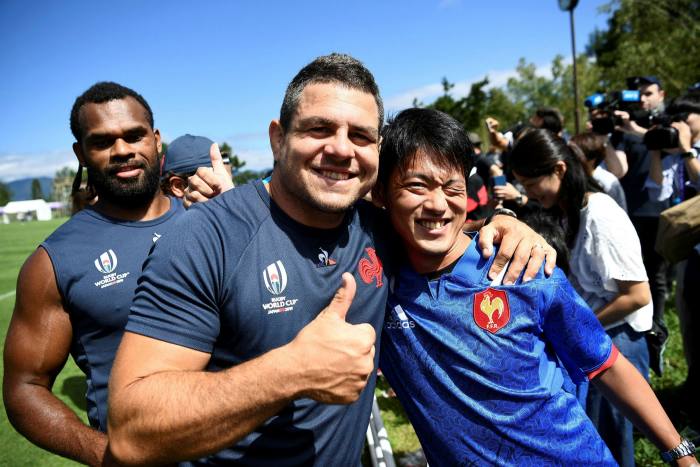 Municipal officials fear the testing regime ahead of the Olympics will drain medical resources that they need to roll out vaccines for their local population. The city of Izunokuni, south-west of Tokyo, was going to host a pre-Olympic camp for Mongolia’s judo team but said those plans had been cancelled.

“They wanted to do it in June and that’s just going to be difficult in practice,” said Masaru Kojima, of the town’s sport department. “It would require daily PCR [polymerase chain reaction] tests and complete separation from the general public.” He said the town still hoped to host a camp before the Paralympics in August.

Okuizumo, a remote town in the west of Japan, is a bastion of field hockey and invested heavily in facilities to host the Indian team for a pre-Olympic camp. It has now abandoned those plans.

“We’d need to arrange for the athletes’ movement, their accommodation and to ensure no contact with local people. It’d be extremely hard for us to meet those conditions,” said Katsumi Naase, a town official.

“We were hoping to have exchanges between local school children and the Indian players and that wouldn’t be possible.”

Kurihara city in Miyagi prefecture had planned to host the South African men’s hockey team. Rather than assigning its staff to chaperone athletes and conduct Covid-19 tests, the city has decided it needs those officials to roll out its own vaccination campaign. It has cancelled the host city plan.

However, Nerima ward in Tokyo said it intended to go ahead with hosting the Danish shooting team and Ecuador’s track and field squad, suggesting that some teams will have a more settled preparation period than others. The Tokyo metropolis has commercial providers for Covid-19 tests, reducing the stress on local facilities, said Motoko Usui in the ward office.

“The difference for us is that we’re part of the host city,” she said. “It’s hard for us to think of a cancellation.”