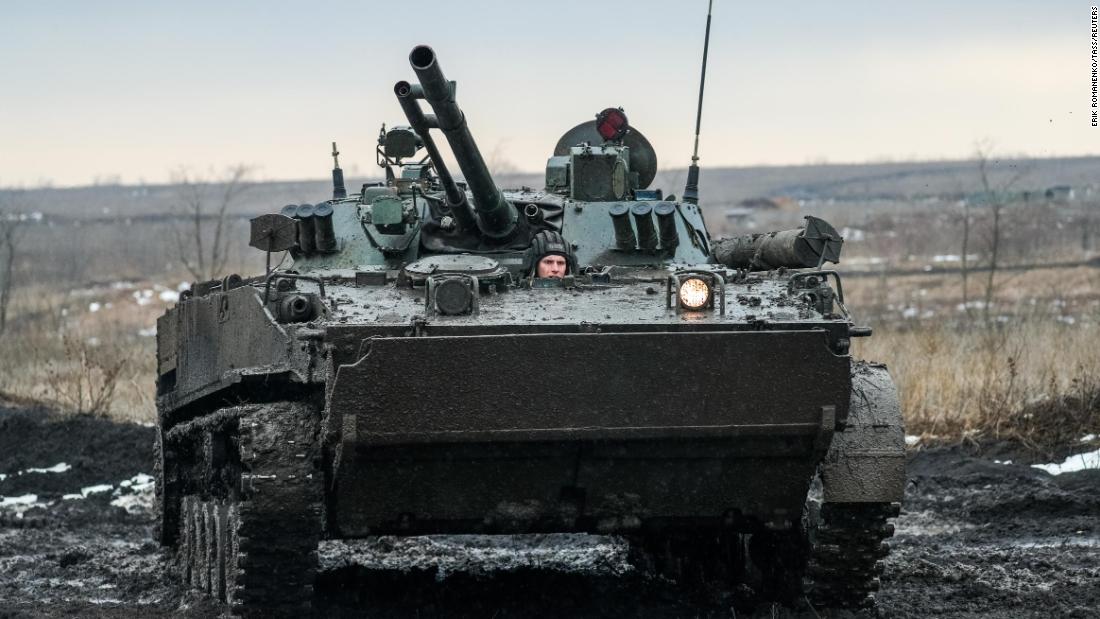 Ukraine’s Ministry of Foreign Affairs on Saturday continued to urge its citizens to remain calm and affirmed its “strong position” against Russia, as several countries warned their citizens to leave the country amid the looming threat of invasion.

“Right now it is critical to remain calm, stay united and consolidated within the country, and refrain from actions that undermine stability and sow panic,” a statement from the Ministry of Foreign Affairs reads.

“The Armed Forces of Ukraine are constantly monitoring the developments and are ready to repel any attack on the territorial integrity and sovereignty of Ukraine,” it added.

On Thursday, Ukrainian President Volodymyr Zelensky, alongside the National Security and Defense Council, made a “thorough analysis of the current security situation and further actions of Ukraine,” the statement said, noting that the country has “further strengthened its capacity to protect the security of the state and citizens.”

“Ukrainian diplomacy is in touch with all key partners, promptly receives the necessary security information, which allows Ukraine to take timely actions,” the ministry added.

“We continue working on reducing tensions and mobilizing support from international partners to keep Russia in the framework of the diplomatic dialogue.”

Biden to reveal ban on Russian plane from US airspace